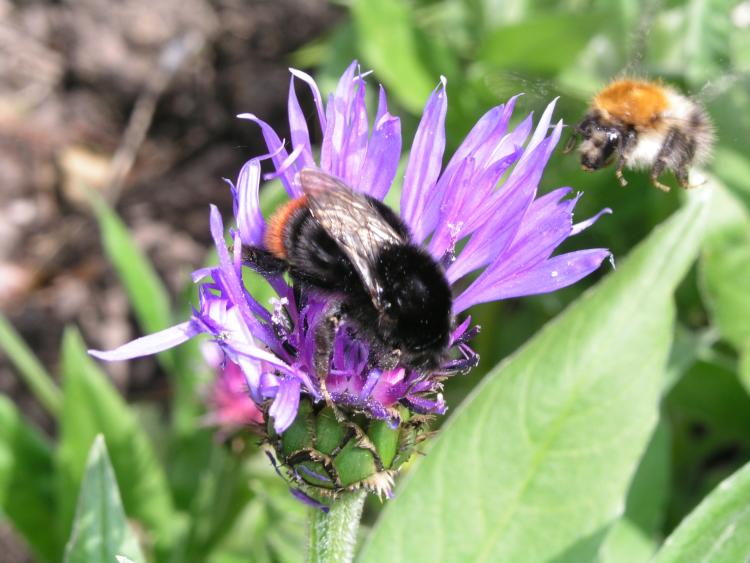 Mairead McGuinness has secured the majority backing of the parliament in a significant vote on her report which aims to combat pollinator decline.

Mairead McGuinness MEP and First Vice-President of the EU Parliament has secured the majority backing of the parliament in a significant vote on her report which aims to combat pollinator decline. In other words, protecting not only honeybees, but flies, moths, beetle and butterflies who are essential for healthy biodiversity. MEPs voted on the EU Pollinators Initiate report written by McGuinness at a plenary session in Strasbourg (Wednesday).

Speaking after the vote, the Midlands North West MEP welcomed the vote but warned that in order to save pollinators, an inclusive strategy involving all stakeholders was necessary: "Pollinator decline is well documented across Europe, and one third of bee species in Ireland are threatened with extinction by 2030.

"This report appraised the European Commission's pollinators initiative launched last year and finds that it is insufficient to address the decline in pollinators. What is important about this report is that it looks at all pollinator populations, not only honeybees, but flies, moths, beetle and butterflies. Any action must involve all of society - local authorities farmers, gardeners, school and businesses."

Most of our knowledge of insect decline comes from honeybee and butterflies but we need to do more to evaluate the status of all pollinators, what is causing the decline and how we can reverse this trend, according to the Fine Gael MEP.

"This report is calling on the Commission do to more to help pollinator populations flourish. We are calling for more funding to be made available to effectively monitor pollinators and to identify and combat the main challenges they face. Data is important on which to plan policy options", MEP McGuinness said.

"The decline in pollinators is linked to a number of factors including parasites, climate change, habitat loss, availability of food, pollution, invasive alien species, diseases and pesticides. This report calls for the development of low risk pesticides that are less harmful to pollinators and biodiversity. We must encourage industry to provide alternatives."

McGuinness pointed to a Eurobarometer report released in May this year 77 pc of Irish people believe we have a responsibility to look after nature and 70pc believe looking after nature is essential in tackling climate change.

"Important work is already taking place - training for contractors and farmers is required under existing legislation in order to ensure that plant protection products are used effectively and appropriately.

"Local authorities are also leading the way with management of public land  and road margins too - allowing grass on roundabouts to grow and planting wild flowers to provide food for pollinators on roadsides.

"In a time where we are faced with reports showing biodiversity loss we want to halt that trend and reverse it", concluded McGuinness.