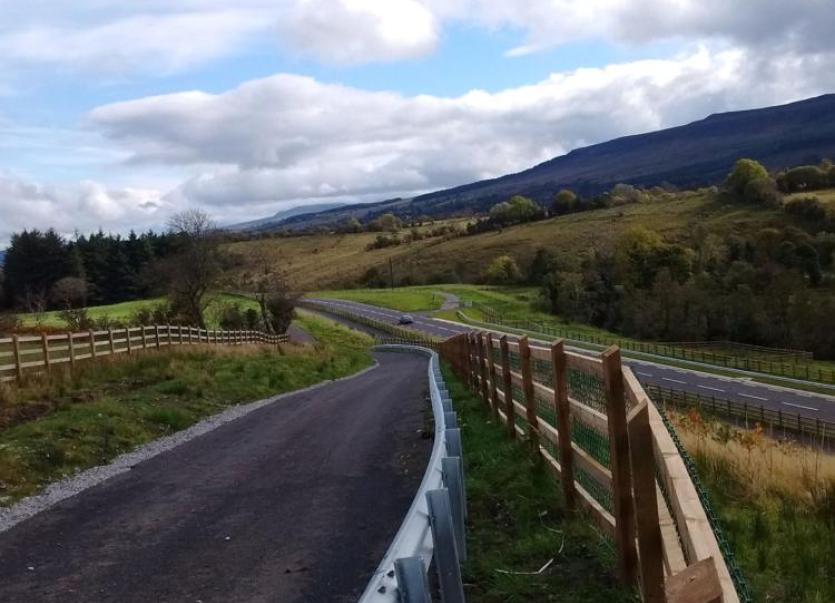 A demonstration stretch of the Greenway in North Leitrim

A significant commitment to kick-start major investment in the Sligo-Enniskillen greenway is contained in the Stormont deal aimed at restoring devolved government in Northern Ireland.

The 50-page document entitled ‘New Decade New Approach deal’ contains a series of commitments from both the Irish and UK Governments.

“Regarding some of the document’s finer detail in relation to cross-border investment, I am very encouraged that both the Irish and UK Governments are committed to investing in the Sligo-Enniskillen greenway project. Indeed, it is clear from the text of the deal that major investment for this cross-border greenway could be kick-started very soon," said Senator Frank Feighan.

“As the document states: ‘we are ready to consider a further development funding application to be submitted in January and are committed to taking this project forward to deliver sustainable tourism and other enterprise benefits for the region.’

“This a very clear commitment to what will be a huge tourism boost for the North-West and border regions, specifically a 74km greenway running from Sligo through counties Leitrim and Cavan and into Enniskillen."

The proposed greenway is to run along the former Sligo, Leitrim and Northern counties railway (SLNCR) and is expected to cost an estimated €11 million to complete over the next seven years.

Meanwhile, a meeting of Leitrim County Council last July, raised this very subject with Cllr Sean McDermott stating the greenway could be the “kingmaker” for North Leitrim.

Independent Councillor Felim Gurn proposed the SLNCR Group have a greenway established in the Manorhamilton Municipal District as part of the county’s overall greenway strategy which was vocally supported by all councillors in the area.

He made note of the work on the Blueway around Drumshanbo and the support it received from the council.

“It is as important as the N16,” he said at the time and asked the council to “give us a leg up.”

Cllr McDermott informed members that many of the farmers in Leitrim have agreed to the route. Cllr Mary Bohan said the greenway was unsuccessful last time for funding “because we don’t have a minister.”

Cllr Justin Warnock said “I’m four years here, scrapping and begging to get through hoops, they make more and more stumbling blocks for us.”

Cllr Gurn said the cost for Leitrim would be €3-6m and for Sligo €1-3m but the economic benefits would be massive and “jobs will be created.”

The proposed greenway would run from Sligo into Dromahair, Manorhamilton, Glenfarne into Blacklion and onto Enniskillen.