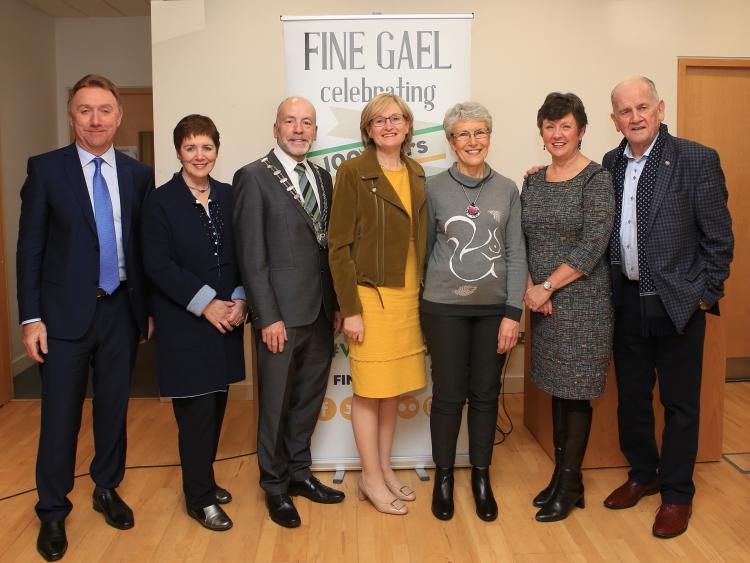 Brendan Kieran (on right) pictured at a commemoration for the late TD, Mary Reynolds on November 30, 2018.

The death has occurred of the highly respected and popular Carrick-on-Shannon pharmacist Brendan C. Kieran.

Mr Kieran passed away at his home in Shannon Lodge, Carrick-on-Shannon, Co Leitrim surrounded by his loving family.

A native of Ballinamore, Mr Kieran was a founding member and long time supporter of the Breffni Players drama group in Carrick-on-Shannon as well as being a staunch and loyal member of the Fine Gael party.

A life long pioneer, Brendan Kieran was also a strong supporter of Leitrim GAA and was often pictured at Leitrim matches sporting his Leitrim scarf.

His remains will repose at his home tomorrow, Sunday, from 3 o’clock until 7 o’clock and on Monday from 2 o’clock until 4 o’clock with removal to St. Mary’s Church, Carrick-on-Shannon, arriving at 7 o’clock.
Mass of Christian Burial on Tuesday at 12 o’clock with funeral afterwards to St. Mary’s Cemetery. Family flowers only. Donations if desired to North West Hospice. House private please outside reposing times.

May he Rest In Peace