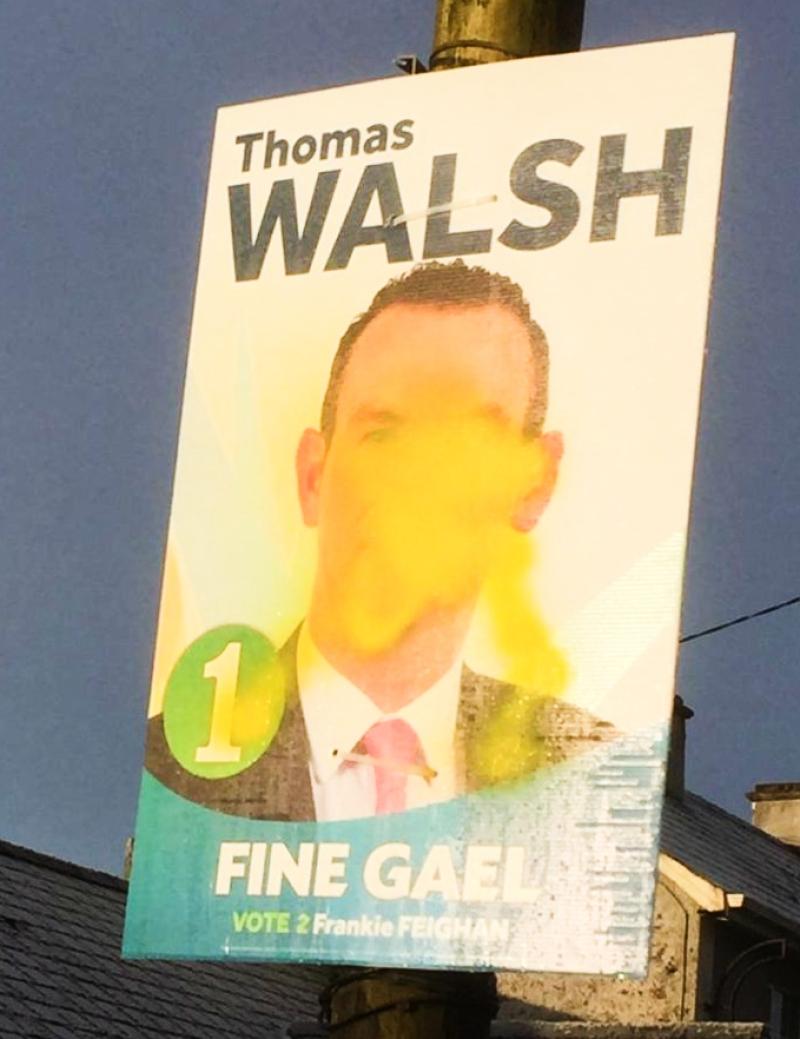 A number of election posters for a Sligo/Leitrim candidate have been vandalised over the weekend.

Posters belonging to Fine Gael Sligo Councillor and General Election candidate, Thomas Walsh, have been defaced between Taylor’s Cross and Ballyfarnon in Roscommon.

Gardaí in Ballymote are investigating the incident by viewing CCTV footage in the area, which is believed to have occurred between 10 and 12pm on Friday.

The Sligo councillors has been busy on the canvass and even bumped into one of his rivals at the weekend:

Ya never know who ya might bump into @MarianHarkin pic.twitter.com/OUBN0GOe2F