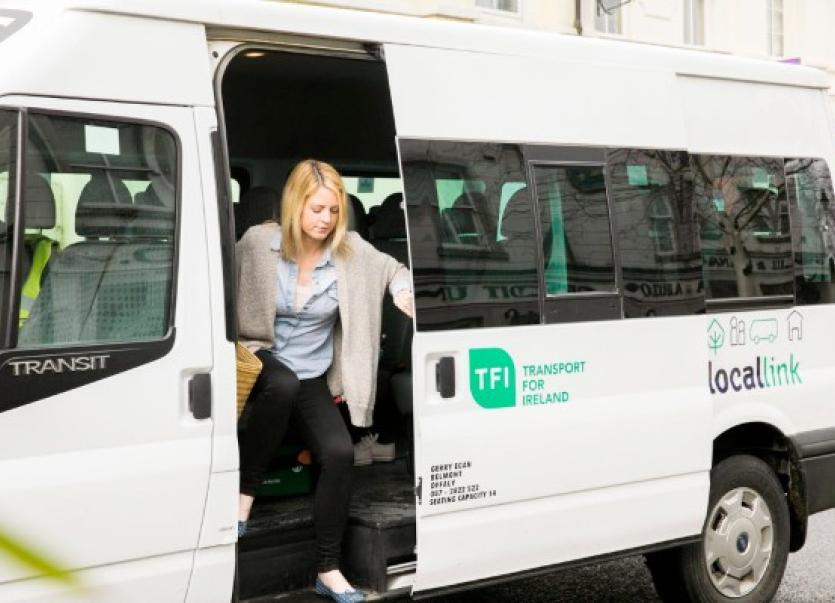 The Local Link transport service has offered a new life to rural dwellers and has allowed them to access finance, medical appointments and social events weekly across Leitrim.

The new operators of the service in Leitrim Seirbhís Iompair Tuaith CTR (SITT) who are based in Donegal met with Manorhamilton area councillors this week at the monthly municipal meeting.
Manager Fiona O'Shea outlined that they service a number of transport needs and operate over 32 bus routes in the county.
Those routes are however up for tender this year and this could mean new routes established as well as others collapsed if routes are “not viable” - as in not many people using it.

The councillors put forward some concerns over the lack of bus times into and out of Kiltyclogher.
Cllr Padraig Fallon said there is “frustration” that a closed bus services the route to Manorhamilton but not everyone can avail of that.
Ms O'Shea noted this information along with an idea of what numbers could avail of a service.

Cllr Felim Gun pointed out that to get to Bundoran from Manorhamilton, you need to get a bus to Sligo first, which he said is ridiculous.
Ms O’Shea pointed out they do not provide school transport but they do help link services to third level education.
It was also clarified that Roscommon TCU operate an Argina bus service through to Carrick-on-Shannon and a Rookey-Dromod service to Carrick-on-Shannon that does not come under SITT.

Community Car service axed
One of the main details to come out of the presentation by Ms O'Shea is that the Voluntary Community Car service is no more.
There were also a number of questions about the community car scheme, which helped many elderly people avail of medical appointments.
Ms O’Shea said this service “is gone in its current format.” As of January 1 the NTA has cut funding for this scheme. She said it was unlicensed and unregulated and there were a “lot of grey areas around liability.”
There may be a new scheme put in it's place but there are limited details on it. The councillors said this was very disappointing.

The councillors said they would work with the new provider to create a transport delivery strategy for the three municipal districts in the county.
Ms O'Shea and John Carr asked the council to help provide bus shelters and pull in places for their buses.

Also read: Night time bus service in Kinlough has been a "game changer"