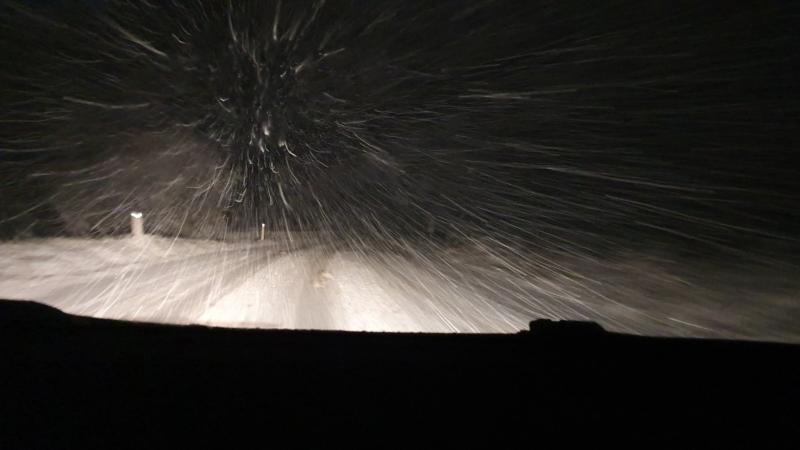 Motorists travelling on the county's roads tonight and tomorrow morning are advised to exercise caution with many roads in a poor state following the earlier snowfall. Met Eireann have issued a status yellow ice warning for the entire country saying: "Hazardous conditions will be in places overnight on Monday and Tuesday morning due to compacted snow and ice.

A number of events were cancelled or postponed as a result of the snowfall that left many roads difficult to negotiate.

The AA reported an incident of a jackknifed truck on the N16 on the Enniskillen side of Manorhamilton, partially blocking the main carriageway.

The Love Leitrim General Election Hustings which was scheduled to take place tonight has been postponed until next Monday, February 3 and will take place in the Bee Park.

The weekly bingo in Dromahair was another event to fall victim to the weather with some of the roads in the area almost impassable.

The Environmental Hustings due to be held in Manorhamilton tonight have been postponed due to adverse weather conditions.

If you have to travel tonight/tomorrow morning, please take care. pic.twitter.com/GTpaWligNK

The snow didn't stop our canvas in North Leitrim. The feedback echoes s the sentiments of other places, people in the West feel they've been forgotten about. Thanks to the Men's Shed, Women's Centre, STOP Suicide, Caife Bia & everyone else in Manorhamilton for the warm welcome. pic.twitter.com/L4qTNzB5Qx

Heavy snow causing significant issues for drivers in North #Leitrim and @love_leitrim environmental hustings in the Bee Park has been cancelled. Cars stuck on some hills. @leitrimcoco pic.twitter.com/ifkZGfGRz7