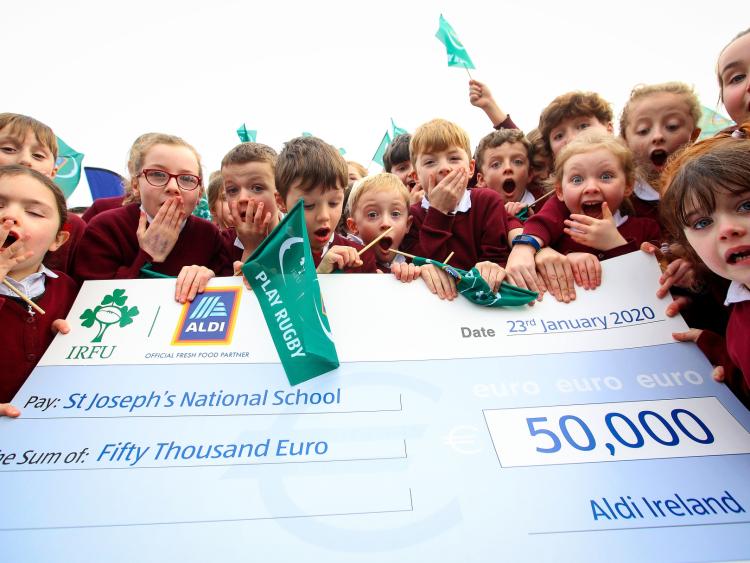 Richella Kelly, Principal, said: “The possibilities are endless now thanks to Aldi. Huge amount to invest in the school for the future. I would encourage all primary schools to take part.” 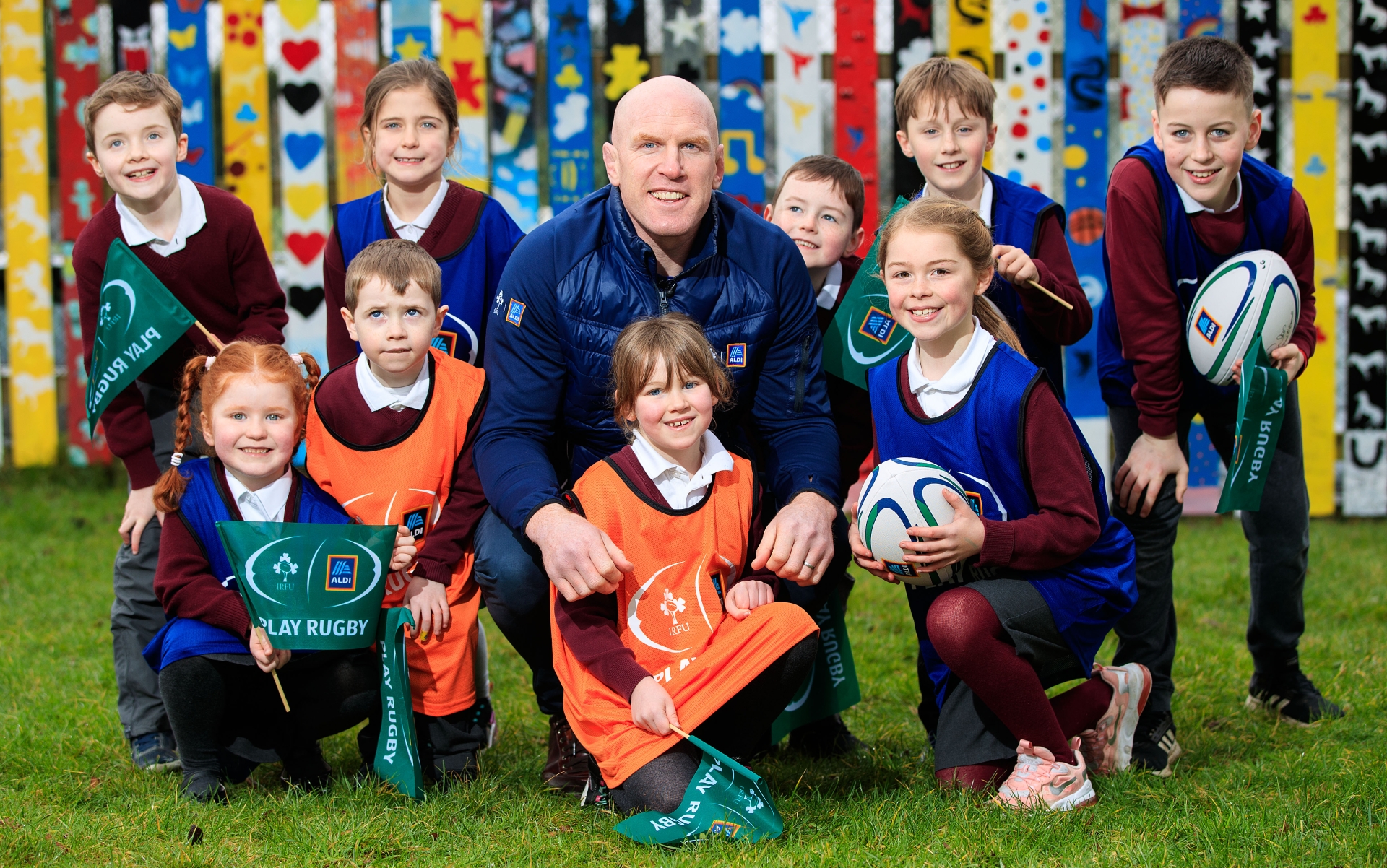 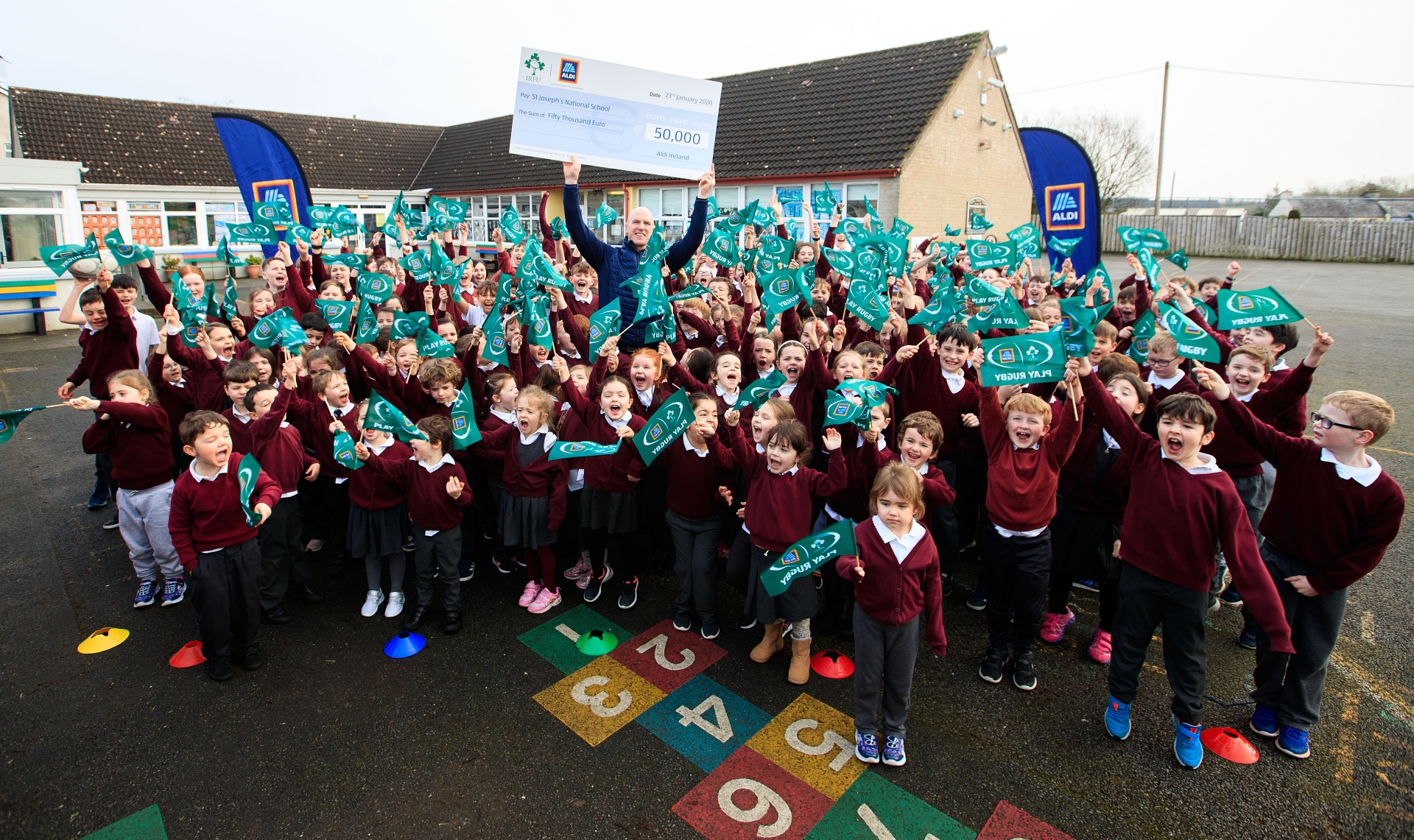 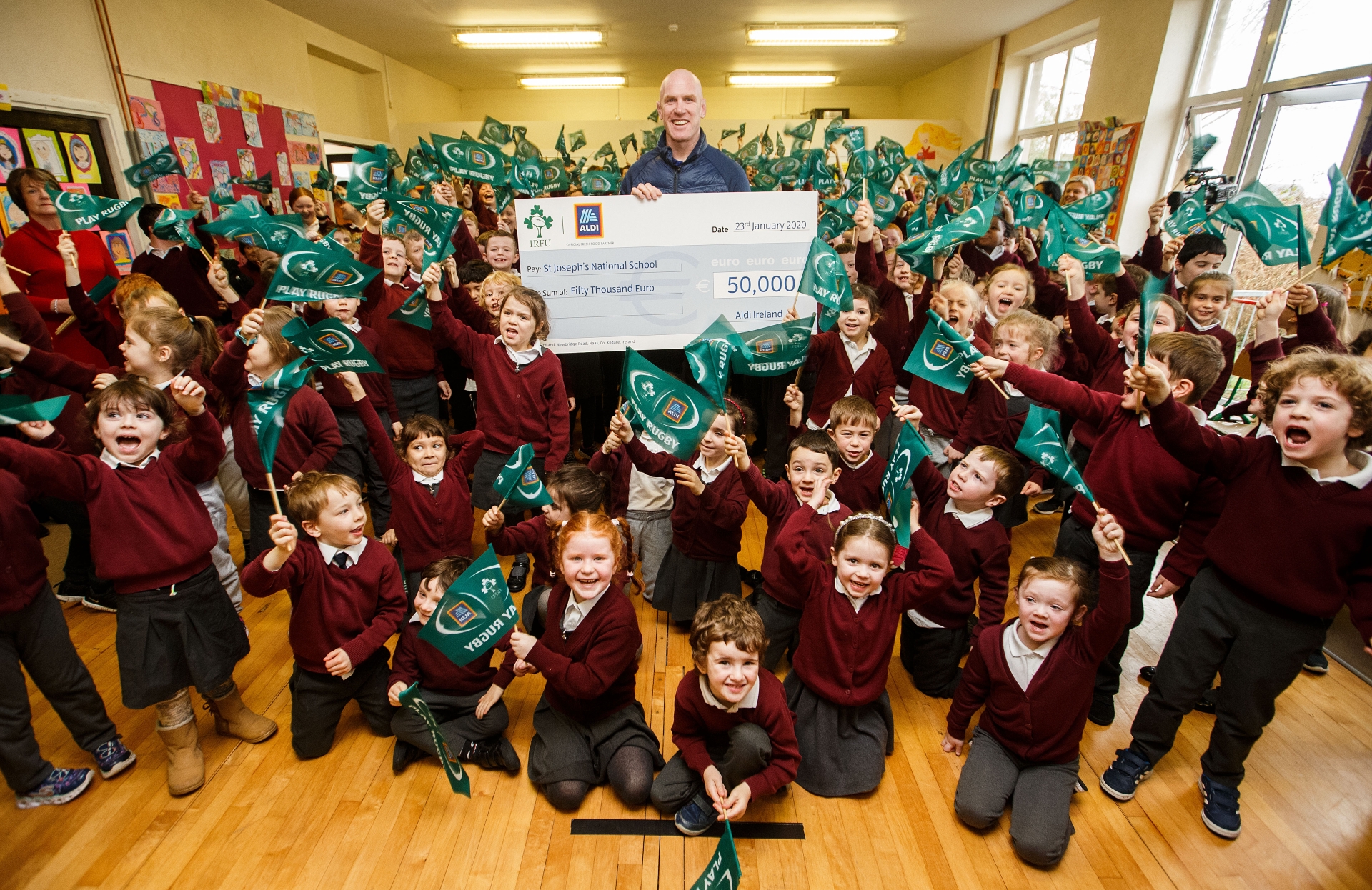 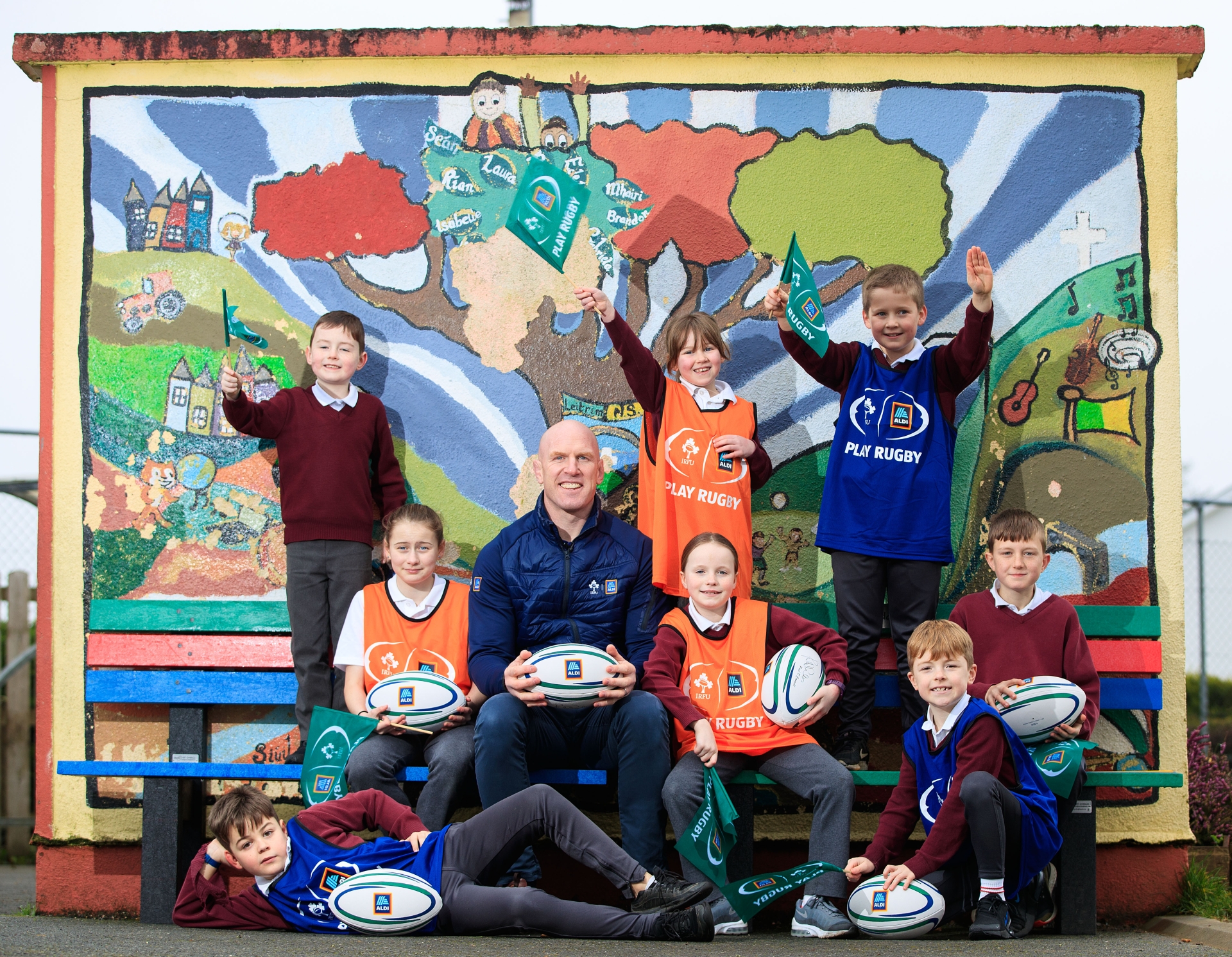 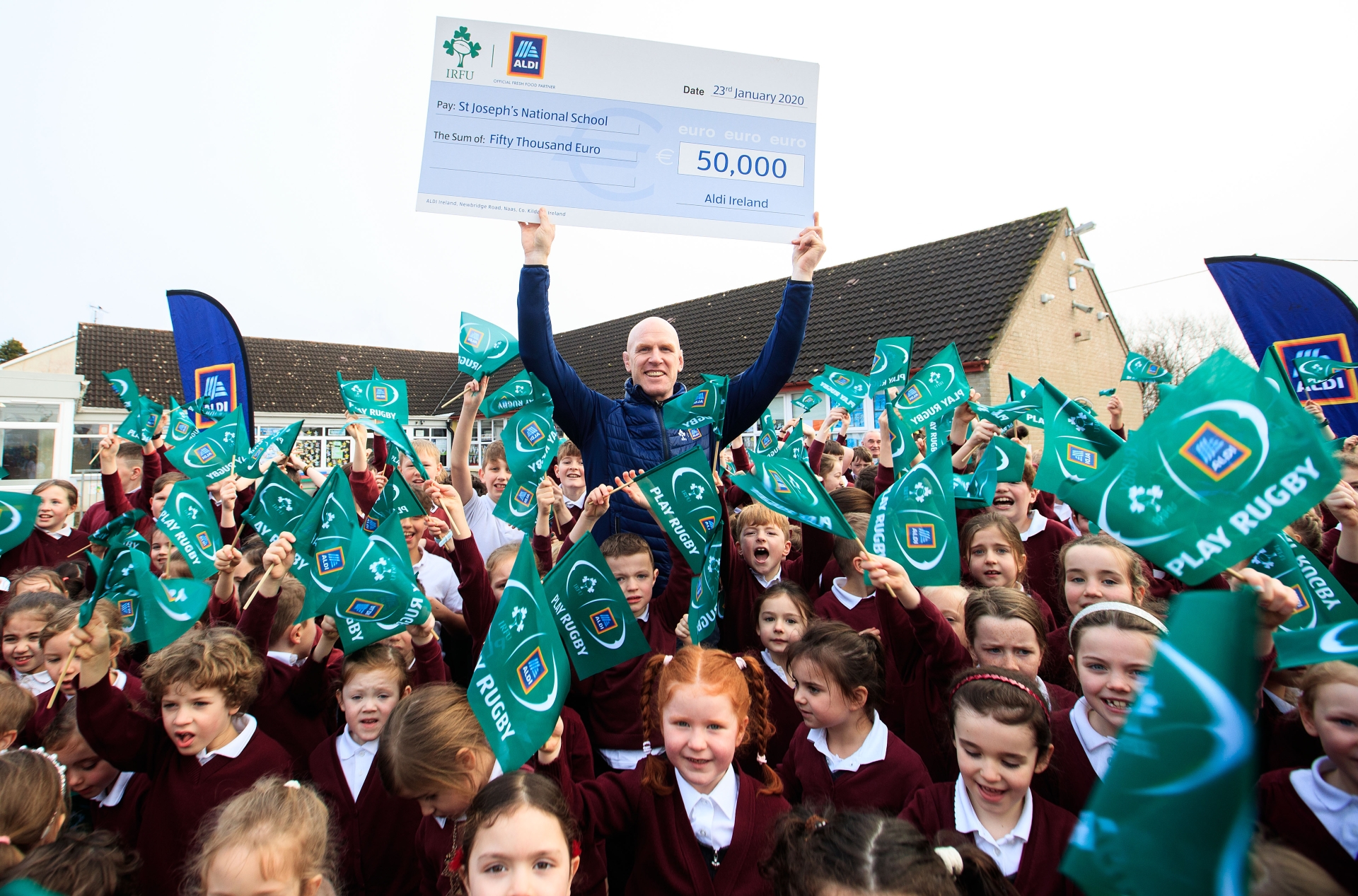 Due to the phenomenal success of the last two competitions, Aldi also announced that it will return for 2020, and stickers will be available in stores from Friday, January 31.

The competition is easy to enter and works by primary schools collecting 300 of Aldi’s exclusive Irish rugby men’s and women’s stickers for their primary school.

Available in Aldi’s 140 Irish stores, shoppers collect one sticker for every €30 they spend in store between January 31 and April 24.

Participating primary schools add the stickers to the Aldi Play Rugby Poster and for every 300 stickers collected, are in with a chance of winning. Open to primary schools nationwide, teachers, coaches, parents and schoolchildren interested in taking part in the competition can learn more by visiting www.aldi.ie/playrugby

Aldi Play Rugby Ambassador Paul O’Connell commented: “As the Aldi Play Rugby Ambassador I’ve seen first-hand how the support Aldi has given, has grown the sport hugely in primary schools around the country during that time. This sticker competition is just one of many initiatives Aldi and the IRFU have worked together successfully on, and I would encourage all primary schools around the country to take part.

“As the saying goes – ‘If you’re not in it, you can’t win it!’ Well done to the most recent winners, I have no doubt that these prizes will make a huge difference in the schools over the coming months and years.”