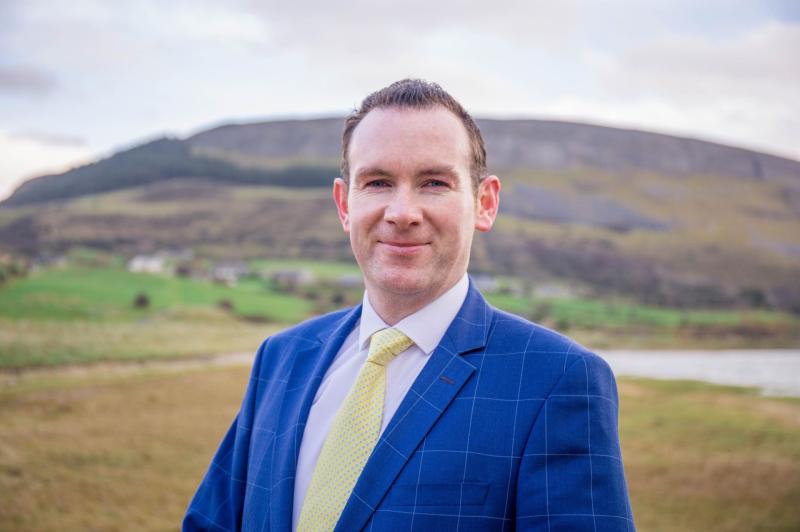 In the last week of the election campaign, Thomas Walsh calls for Leitrim voter support.
In a statement released to the Leitrim Observer, Walsh noted that “From the beginning of the election campaign my canvas team of over 250 enthusiastic and dedicated volunteers have canvassed the length and breadth of my party assigned constituency area in Sligo.”
In special message for the voters of Leitrim he said “for the last week of the campaign, I will expand my campaign effort and presence across the entire length and breadth of the constituency. I have not and I will not take any vote in any part of the constituency for granted. Every number one vote is important, every preference vote is important. With only a few days left in the campaign, if I cannot meet with you personally, pleased be assured of my commitment to fully representing the voters in every part of this constituency.”
In assessing the canvas feedback, Walsh summarised his view of the campaign “While my feedback from the canvas is personally positive and very supportive about my being a candidate, it is also very clear that there is a discontent and a wish for change among the electorate” adding that “in my view this discontent is founded in a loss of trust in politics.
“Voters want their elected politicians to deliver solutions to the major problems confronting society. Voters want more by way of action and less by way of promises.”
Walsh states “As part of my contribution to re-building trust with voters I have adopted the position of not making pre-election commitments on specific issues. Trust in politics, political parties and in election candidates can be damaged by making political commitments and pledges that are later abandoned. Voters want their elected politicians to deliver solutions to the major problems confronting society. When trust is betrayed, damage follows. Trust is required to generate confidence about change in an anxious world. As a TD for this constituency, I will earn your trust by keeping the best interests of this constituency as my top priority.”
As the election campaign heads into the final days of canvassing Walsh made a strong personal appeal to the electorate, saying “What this constituency urgently needs is to turn over a new page and elect a new generation for a new decade” he said, adding that “It’s clearer than ever to me that what this constituency requires most of all for the new decade is a new fresh face as TD; a person with a positive attitude to politics, a focus on the needs of the constituency and an optimistic forward looking outlook on life and most of all a person with the energy, enthusiasm and ideas to bring real economic and social progress to the North West.”
The core campaign message from Walsh is his commitment to being part of the solutions team for the North West. “The next five years will be most important years to the future development of North West Ireland. We have to play catch up with East Coast success. There is much work to be done to reinvigorate the economic and social development in this constituency. I have the energy, the initiative and the enthusiasm and commitment to get the results we deserve. I will be part of the solutions team” he stated.
Walsh’s appealed to the voters to come out and vote next Saturday, saying “Democracy depends on people coming out to vote. I hope voters will come out and vote one or highest preference for Walsh” adding “As your new TD, I will work enthusiastically on your behalf. My core messages to the voters of this constituency are;
“Democracy depends on elected politicians earning the trust of voters and I will give my best to ensure that I will earn your trust.
“There is much work to be done to reinvigorate the economic and social development in this constituency. Together we can ensure the North West region reaches its full economic and social potential.”