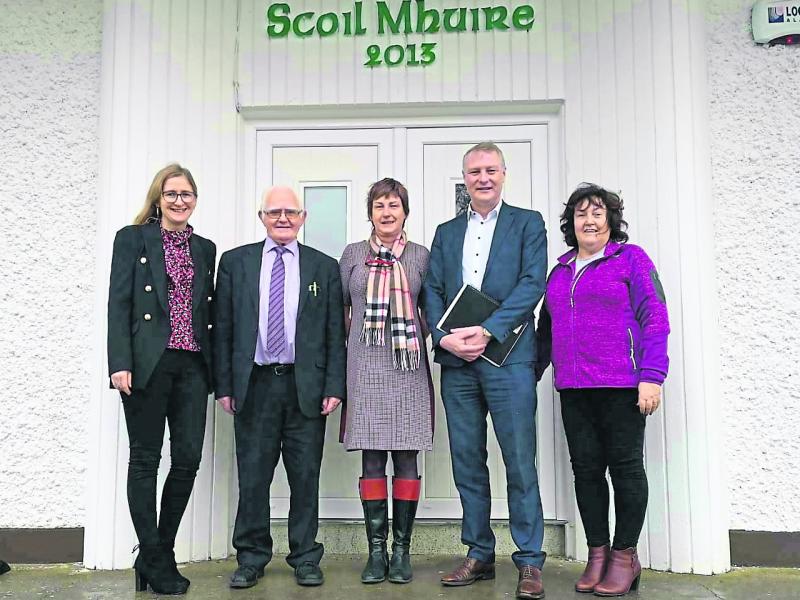 Following on the visit of other general election candidates last week, Senator Frank Feighan and Deputy Martin Kenny paid a visit to the Scoil Mhuire to voice their support for the campaign for a badly needed new school in the county town.

Senator Feighan said he will make the pressing case for a new school for the children, parents and teachers at Scoil Mhuire a top priority if elected to the next Dail. 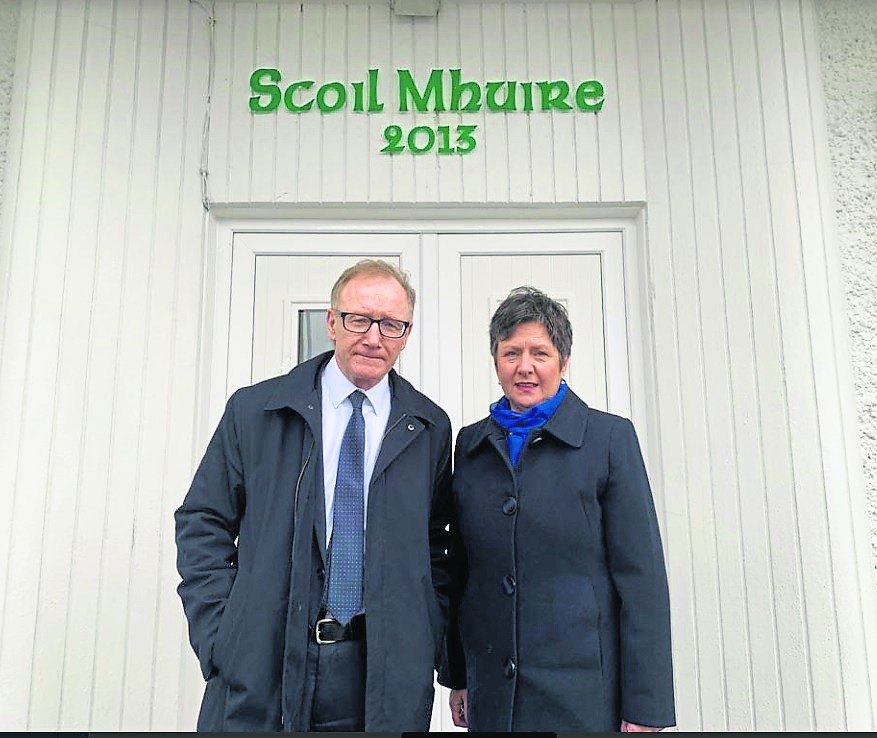 Fine Gael general election candidate, Senator Frank Feighan pictured with local Cllr Finola Armstrong-McGuire at Scoil Mhuire. Senator Feighan said he recognises the urgent need for a new school in Carrick-on-Shannon and said that, if elected to the Dáil, he will make it a top priority

“My colleague Cllr Finola Armstrong-McGuire has been campaigning strongly on this issue and the need to advance this project to a meaningful stage.

“The frustration being felt on a daily basis by all stakeholders, not least parents clearly shows the urgent need for relocation of the current school to a one site campus.

“There are a number of issues that need to be addressed, predominantly among them the identification of a suitable site for a new school and the necessary capital funding to drive the project forward.

“I know constructive discussions have taken place among stakeholders in relation to both issues and if elected to the Dail, I will exercise my influence to progress this vital project to a stage to the satisfaction of everybody.

“It clear that the provision of a new school is a critical piece of infrastructure required for the children, parents and school staff and for the future planning of Carrick-on-Shannon,” Senator Feighan stated.