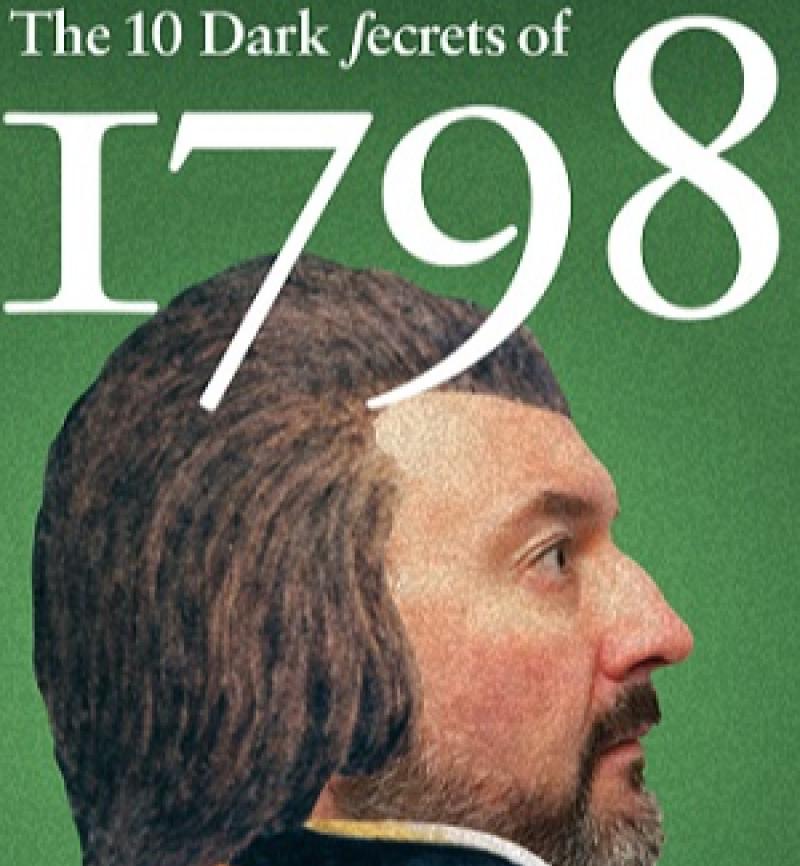 Experience the incredible true story of Ireland’s 1798 Rebellion through song, imagery and storytelling in the capable hands of historical entertainer and musician Paddy Cullivan.

Inspired by the American and French revolutions of the late-18th Century, The 10 Dark Secrets of 1798 is a historical drama of Game of Thrones proportions, bringing a staggering array of characters to life.
Wolfe Tone, Lord Edward Fitzgerald and Napper Tandy - George Washington, The Mad King George III and Napoleon Bonaparte are all discussed.

Huge battles, victories and losses from the epic Wexford Rebellion to the unbelievable Year of the French … and most importantly, the timeless call of the United Irishmen (and women!) to unite Protestant, Catholic and Dissenter.
Why is the death of Wolfe Tone still a mystery and why did the British need to make it look like suicide? Who was the establishment figure that may have been his real father? In the time of the Penal Laws, what national icon was a conspicuous loyal Catholic? How did Napper Tandy inadvertently help with Napoleon's love life? And which of his 'lucky generals' may have scuppered everything from Bantry Bay to Waterloo? And why does remembering 1798 grow more 'inconvenient' with every passing year?

All these questions and more will be dealt with as Paddy Cullivan of Callan’s Kicks, The Late Late Show and Kilkenomics brings you an audiovisual spectacular 220 years after the rebellion that changed Ireland forever.

Using satire, imagery, historical insight and song, Paddy reveals the 10 strangest things (and Darkest Secrets) that happened before, during and after the insurrection that (briefly) united Protestant, Catholic and Dissenter.
Tickets for the show on Saturday, February 8 are €12/10 and can be booked at The Glens Centre on (071) 9855833 or visit www.theglenscentre.com

Have a look: Archive picture of the week - First Communion in Gortletteragh in 1989