Muireann Devaney named in Ireland U17 squad for upcoming friendlies 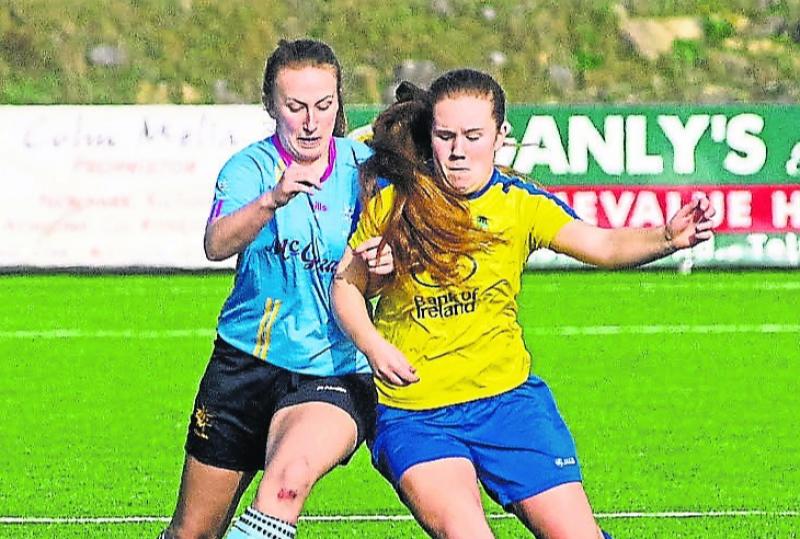 Republic of Ireland U17 manager James Scott has today named his squad for two upcoming friendlies with Manorhamilton's Muireann Devaney included in the 20 player squad for the games against Iceland.

The double header will act as preparation for the Republic of Ireland Women's Under-17s ahead of their UEFA European Championship Elite Round Qualifiers.

James Scott will bring his squad to Waterford for the games on Friday, February 14 and Sunday, February 16, and that will also be their base for the Elite Round clashes in March.

Having scored 21 goals in Qualifying Round victories over Albania, Lithuania, and Greece, the next task is to find a way past Denmark, Serbia, and Austria if Ireland are to advance to the finals tournament in Sweden.

First up however are two games against Iceland - the first of which will be in the RSC, the second will be in Tramore AFC.

"The squad and staff are really looking forward to the games against Iceland. We played against them twice last year in Iceland and they proved to be excellent opponents, so it will be a very good test ahead of the Elite Qualifiers in March," said Scott.

"Over the last few months, there has been National Training days and now we have selected 20 players for this double header friendly. Five of the players are still eligible for the Under-16s and Jessie Stapleton will make her debut at Under-17 level.

"Our base for the friendlies will be Waterford and this will also be our venue for the Elite Qualifiers. We will be able to familiarise ourselves with the stadium, hotel and training ground. We would like to call on the local people to come support the team in what I’m sure will be two entertaining games."