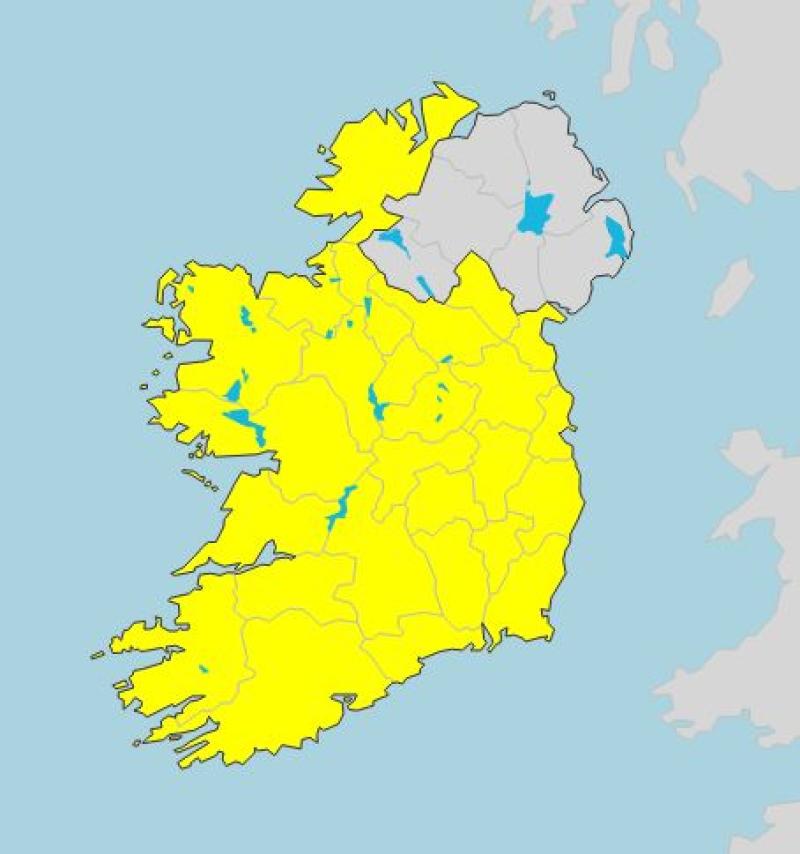 Two Status Yellow weather warnings have been issued for the entire country as Storm Ciara approaches this weekend.

According to the latest forecasts southerly winds will strengthen during Saturday reaching mean speeds of 50-65km/h with gusts reaching 90-110km/h. A spell of heavy rain will spread eastwards across the country with 20-40mm expected, highest in the west and northwest.

On Sunday, February 9, Storm Ciara (named by the UK Met Office) will produce very strong winds over Ireland with a risk of damaging gusts. Another spell of heavy rain on Sunday will clear to squally wintry showers. Another 20-40mm likely. A risk of localised flooding this weekend, especially over the western half of the country.

Over the weekend the combination of Spring Tides and high seas as well as stormy conditions will result in an elevated risk of coastal flooding especially along southern, western and northwestern coasts.

The wind warning remains in place from 9am on Saturday morning until midnight on Sunday while the rainfall warning is valid from midday Saturday through to 3pm on Sunday.