Jazz up this Valentine's weekend at The Dock 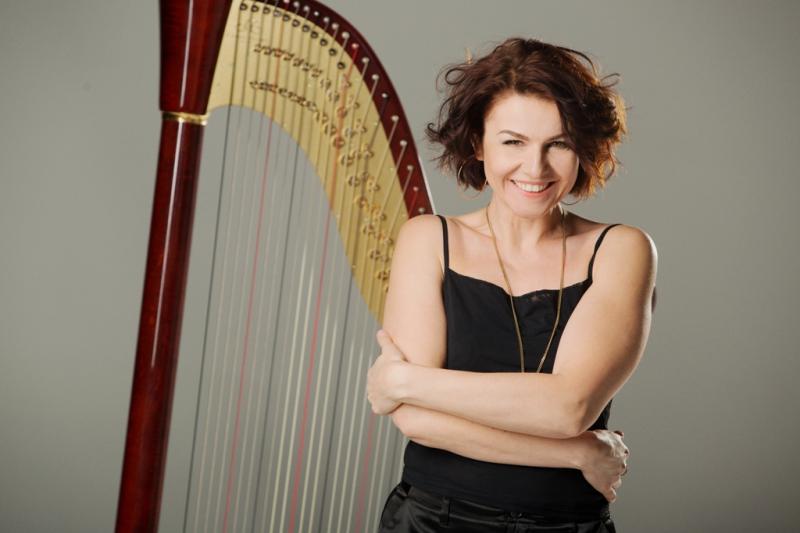 Something different at The Dock: If you think the harp is for angels then Alina Bzhezhinska and her quartet will set you right during their concert in The Dock this Thursday, February 13

This concert is exactly what you need to spice up your Valentine's weekend.
Taking inspiration from the ground-breaking work of jazz harp legend Alice Coltrane as a stepping-off point, Alina Bzhezhinska’s stellar quartet brings a new perspective to this supposedly dainty instrument.
If you think the harp is for angels then Alina Bzhezhinska and her quartet will set you right during their concert in The Dock this Thursday.

She and her stellar quartet featuring Tony Kofi (saxophones), Larry Bartley (double bass) and Joel Prime (drums, percussion) bring a new perspective to this supposedly dainty instrument, taking the ground-breaking work of jazz legends Alice and John Coltrane as a stepping-off point for their own sonic adventures.
Polish/Ukrainian harpist Alina Bzhezhinska stormed the UK music scene in 2017 when her quartet appeared at the Barbican during the EFG London Jazz Festival on a triple bill featuring Denys Baptiste and Pharoah Sanders, and was nominated for Best Live Experience of the Year at the 2018 Jazz FM Awards.

In 2018 she produced her critically acclaimed album Inspiration (Ubuntu Music), which tells Alice and John Coltrane’s story through her own interpretation of their music and her compositions.
“I set myself on a mission to tell Alice and John Coltrane’s story in my own words, through my own interpretation of their music and my compositions,” explains Bzhezhinska.
“The idea for my new album came to me at the beginning o

f 2017, the year when the world paid tribute to Alice Coltrane for her amazing contribution to music, celebrating her 80th birthday and paying respect to her memory.”

After studying Alice Coltrane’s music and digging deeper into the history of jazz and her place in contemporary music, Bzhezhinska realised that Coltrane’s legacy could not be underestimated nor overlooked.
“Coltrane is a true role model whose art was an example of endless potential and creative possibilities and whose life journey was dedicated to finding the meaning of human existence and universal consciousness,” says Bzhezhinska.

Bzhezhinska chose to work with musicians who share her fascination with Alice and John Coltrane and who opened a new world of possibilities to showcase the harp in a very unique way - award winning saxophonist Tony Kofi, double bassist and composer Larry Bartley and virtuoso drummer Joel Prime.

Vote in our Leitrim Snashots poll