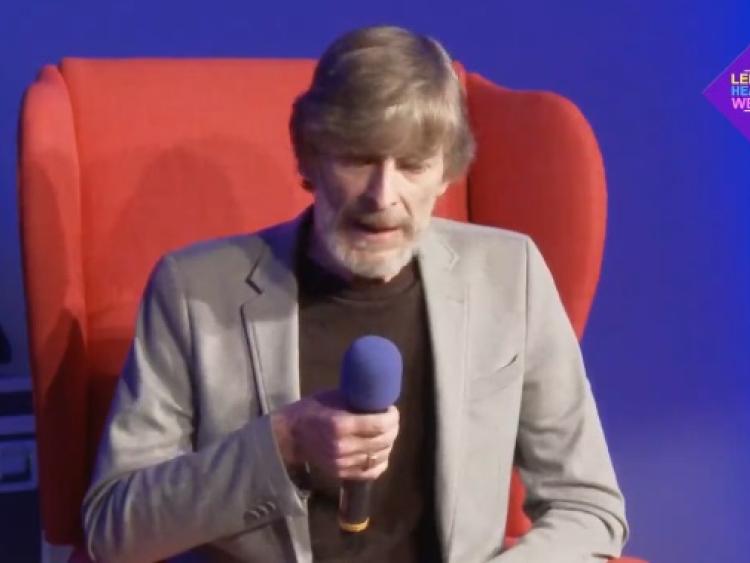 Death is something which touches us all at some point and acclaimed Irish musician and singer, Sean Keane has spoken about the devastation of losing his beloved wife Virginia, in July 2010.

Virginia was only in her early 50s when she died, having been diagnosed with pancreatic cancer in 2009.

Speaking at Leitrim's Health is Wealth 2020, Sean explained how Virigina, a teacher in Gort, Co Galway had come home from work one day 'looking a bit jaundiced'.

She went to the doctor for tests and found out that she had pancreatic cancer.

A short time later he was given the devastating news that the operation had not been successful and that he and Virginia should "go home and get their lives in order".

"I went back to the hotel an hour later and from there, that was the most painful point, all I could do was curl up into the foetal position and wish that life would go away," acknowledged Sean.

"There's nobody that can help you. There are cures and science is catching up to but unfortunately in our case that (a terminal diagnosis) was the reality."

Sadly Virginia passed away in July 2010 and Sean said "It was only a couple of years later I was told I had got reclusive (from the point of the diasnosis)". This, he said, was something he hadn't realised because he "was there in the moment, I was grieving."

Check out the LIVE feed from The Landmark Hotel here.

Sean said the grief of the diagnosis and losing his wife and best friend had taken away his ability to sing.

"Around this time I really couldn't sing. There was nothing there....because of the body going though that grieving process....I couldn't sing," he said.

What followed was a period in his life, especially Virginia, the woman who encouraged him to begin to sing professionally, where he stopped singing. He developed polyps on his vocal chords and had to have an operation to remove them. His whole approach, he said, to music, changed.

One thing he noted was that now, he believed there is "a reason for everything.....there's also a reason and purpose for Virginia's passing away. I can now say this is 10 years after she passed. I couldn't have said that two years after her death."

In the years since her passing he said he has come to realise that power of music and the fact performing should be about doing something you love not just about producing a professional product.

He said after not singing for a few years "I was asked to sing a song one night and I thought 'god I had enjoyed that'. It was the first time I'd tried to sing...the best part of two years (after Virginia's passing). Through that process I learned that the music I sing and I play has really nothing to do with me...this music is coming from someplace else and the songs are coming from someplace else.

"(I came to understand) I must be a conduit for something greater. The realisation that the music comes from a different place, certainly not from me just through me. The real sense of music and the affect it has on people and the healing that can be gained from people listening to it," he said, was also a great source of healing for him.

Sean acknowledged that you have to go through the stages of grief and healing and spoke of finding healing in this spirituality following Virginia's death.

"When I go back to where the music comes from and why am I singing. More importantly when I look at how the music is received by people, the effect it has," he said, "that is very important".

"When I went back singing it was with the intention of using the god given gift I was given to sing and play music. I am still on that road of discovery when it comes to spirituality and energy."