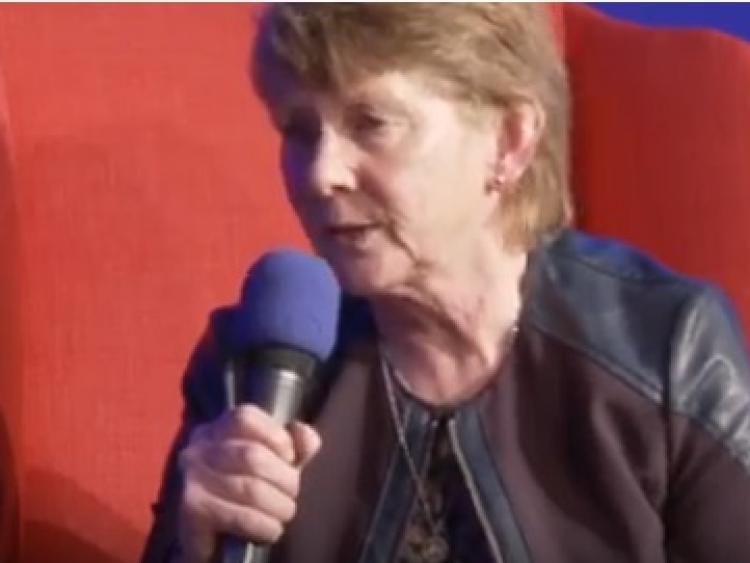 Catherine Corless says that she will continue to champion the Tuam babies.

It is one of the most horrific tragedies of our time, but thanks to the work of people like Catherine Corless, the victims of one Mother and Baby home, in Tuam, Co Galway, are finally getting a voice.

Researching an essay for a historical journal in 2012, Catherine's work led her to conclude that the remains of hundreds of babies had been buried in what appeared to be the vault of sewage tank.

Speaking at Leitrim's Health Is Wealth in Carrick-on-Shannon, Catherine said:" "I've tried to be a voice (for the Tuam babies) because they have no voice."

"These were illegitimate children. We know how mothers who got pregnant out of marriage were very much frowned on, first of all by the church. They were condemned right from the start that they were the sinners. Families were very much in fear of the church at the time," she explained.

Families would go to their priest for advice and he would tell them to hide the young woman away, to send her to a mother and baby home like the one in Tuam.

"The mother went in, she had to work until her baby was born. After her baby was born she had to do all the manual work in the home. There were about 80 of them there at a time. The Bon Secours nuns didn't have to hire anyone - they had a free workforce paying for their sin of getting pregnant outside of marriage," points out Catherine.

"They never went after the fathers...these young fellas would skip off to England," she said, leaving the young women to shoulder the blame and the responsibility alone.

"In the 1940s there was an average of about a death every fortnight in the Mother and Baby home in Tuam," explains Catherine, adding that these children ranged from a few weeks old, right up to 3 and 4.

Catherine said that inspectors reports from the time showed that the children in the home were in very bad condition, they had pot belies and "were neglected".

In another cruel twist, the young mothers who slaved in these homes were forced out when their child was a year old. Heartbroken these women were forced to leave their villages never to return, many moving overseas to places like England where "very often they ended up in bad relationships".

Even if they went on to have another family, the children from such families also suffered "because of this heartbreak. The mother would be in such bad mental health.

"A lot of these women carried this burden with them and their children never knew about it at all," acknowledges Catherine.

She said she has been "trying to promote the cause of the mothers and the babies - especially the babies who were buried so callously. And it is a sewage tank - it has been proven by a Commission of Enquiry.

She said she has been described as a "nuisance" and has been dismissed by some since she went public with this scandal.

"There's a lot of shame and there was this thing of giving Tuam a bad name," said Catherine, but she say she desn't see it that way that, and she has urged people with information to come forward.

"If we can deal with this now, this atrocity and own up to it, that will give Tuam a good name," she said.

"I expected our own local authorities and the church again to take it from me once it (the babies' remains) was discovered. These are the Tuam babies and there are so many of them there, but nobody seemed to care I still had to take on the fight. I had to keep pushing the government, the government were pushing it away, pushing it away as much as possible.

She says "people can help by keeping on talking about it. Keep saying what an atrocity it is. This just can't be wiped away."

There are very few of the survivors of the Tuam Mother and Babies home left she adds and something must be done to address this tragedy.

She pointed out the bones of these young babies were uncovered, initially, by two young boys playing in the area in the 1970s and said that this all should have been dealt with decades ago.

"How the Bon Secours sisters, who are a nursing congregation, could do that is beyond me. But everyone has a chance now to say 'this is awful, we have to undo it'".