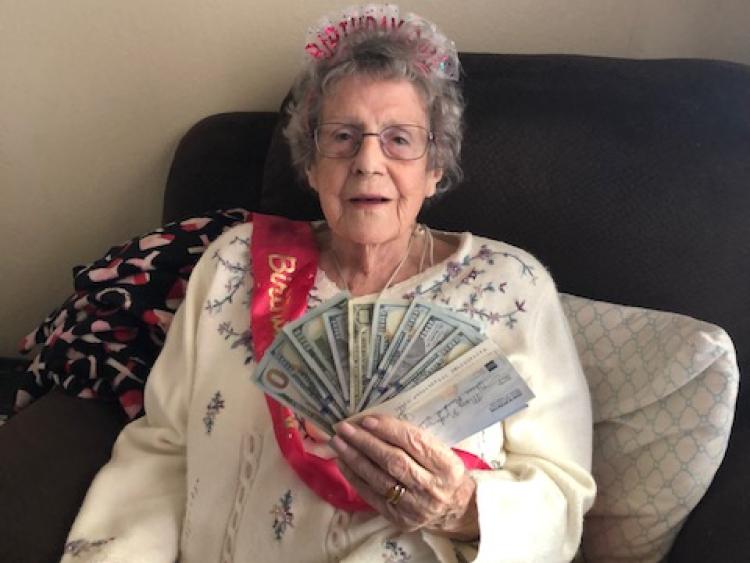 A Drumcong native who emigrated to America over 50 years ago celebrated her 101st birthday last weekend surrounded by family.

Mary Moreton, nee Harvey, originally from Drumcong, Co Leitrim emigrated with her husband and family from Farnaugh, to Brooklyn, New York in 1966.
Mary's birthday was on February 10 but her daughter Bridie and husband Pat, hosted her party in their home in Gilbert, Arizona on Sunday, February 9.

She was surrounded by her five children Vera, Bridie, Lily, Angie and Liam. Also present were their spouses, grandchildren and great grandchildren.
Her daughter Lily told the paper “A fun time was had by all, she enjoyed reading her cards again when she got home. She continued to celebrate on Monday at her home. She is doing well and is looking forward to meeting another milestone of 102 please God!”

Mary was the youngest of nine children of John and Bridget Harvey of Drumcong.
Mary and husband Pat Moreton (now deceased) went to America with their two youngest children, Angie and Liam, in 1966, and they quickly settled in Brooklyn, New York.
In the 1970s, daughters, Vera and Bridie, moved their respective families to Phoenix, Arizona and Mary and Pat followed suit.
Most of her ten grandchildren and 18 great grandchildren were also present at her birthday and a fun time was had by all. 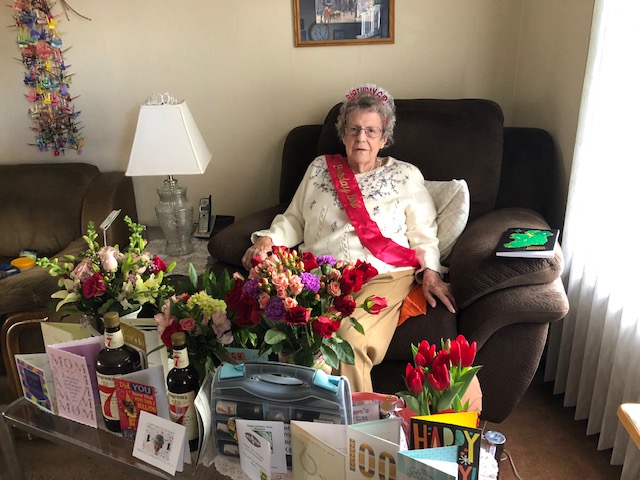 Also read: Leitrim Mammy Diaries: Alexa put the kids to bed and stick on the kettle