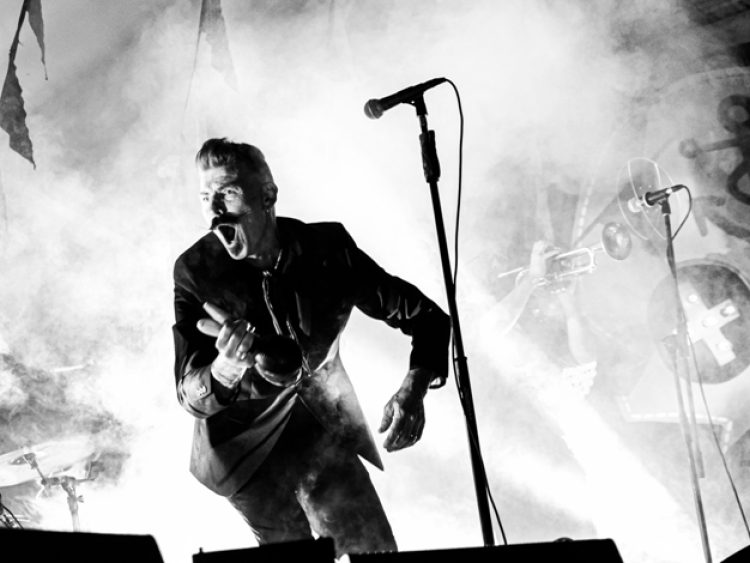 Jerry Fish is renowned as much for his showmanship as he is for his music. He's a carnival creator, circus ringmaster - complete with vaudeville moustache - a playwright, singer, songwriter and poet.

2019 was an amazing year for Jerry Fish, bringing his Electric Sideshow to a brand new family festival Kaleidoscope and once again at Electric Picnic, a ‘festival within a festival’ highlight at both.

Now the circus is leaving town and Jerry returns to The Dock, Carrick-on-Shannon to bring us his enchanting “Songs & Tall Tales of Jerry Fish.” Each show a unique live theatrical experience that dissolves all boundaries between performer and audience.

Fish's genre bending and idiosyncratic style of entertainment has made him a household name within the Irish Music industry. With two Platinum selling solo albums, an MTV award and IRMA Music Award, and a solid reputation as a supreme and spectacular showman.

His new release a recording of  True Love Will Find You in The End (feat. Wallis Bird) with arrangements by his friend and renowned composer Cian Boylan is playlisted on Radio 1 and getting national airplay across all stations and media  This is a chance to hear an exclusive live performance of his new single and a whole lot more.

We invite you to join Jerry Fish this winter to Celebrate the life of Ireland’s Greatest Showman at The Dock on Friday, March 6. Tickets for this show are already selling fast so do not delay in getting your as it will sell out.

Also: Spot yourself in the crowd at Avantcard Sean MacDiarmada