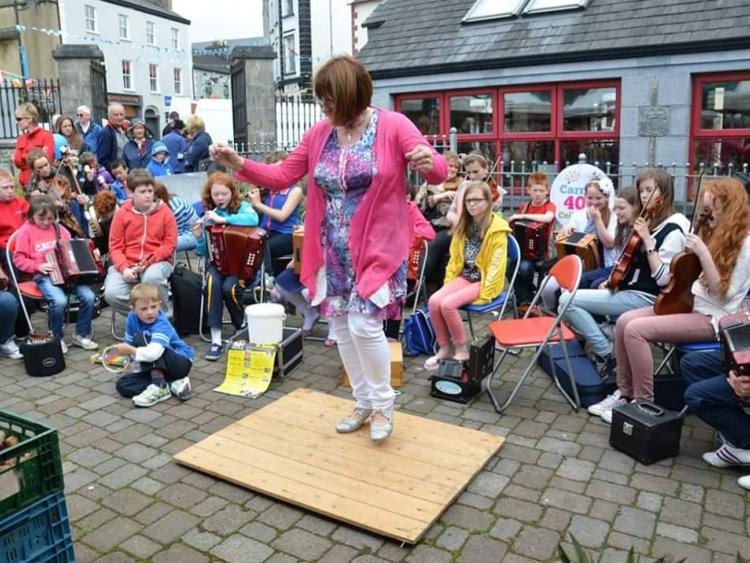 In a Facebook post Drumsna CCE paid tribute to here saying "It is with great sadness that we learned of the death of one of our treasured members, Mary Mostyn.

"A wonderful ambassador for traditional music, song and dance. To her husband, Brian, her children, grandchildren, her extended family and her musical family, we offer our condolences.

"If there was no music, song and dance in Heaven before this, there certainly is now. Thank you for the music, Mary.
Ar dheis Dé go raibh a hanam."

A native of Laois, Mary was also involved in athletics and community games in Leitrim for many years and was an integral part of Carrick-on-Shannon Athletic Club for more than 20 years as a coach, parent, athlete and official.

Literally hundreds of children from Carrick-on-Shannon and the surrounding areas passed through Mary’s care over the years and it was not just the sport of athletics that benefitted from Mary's voluntary work as she was also heavily involved in Leitrim Community Games, serving as County Secretary for a number of years.

Mary also served as the Leitrim organiser of the People In Need Telethon during the nineties. In recent years, Mary was one of the driving forces in the Carrick Trad Group and her loss will be keenly felt by that group.

To Mary's husband Brian, her children Linda, Denise & Colin, her grandchildren, sons and daughter-in-law and her many, many friends, we offer our deepest condolences. May Mary Rest In Peace.

Funeral arrangements are as follows: