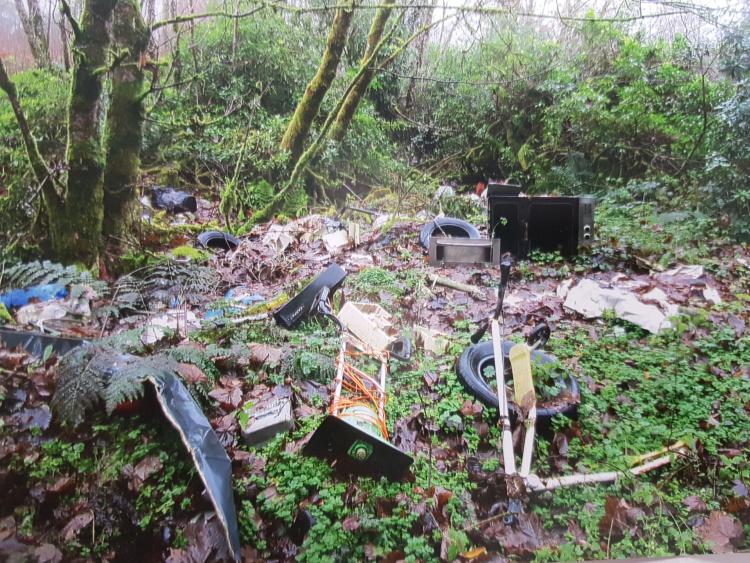 A resident who lives at Lough Rynn, Mohill says “fly-tipping” of rubbish has been allowed to happen for months not far from the castle hotel and the Rinn rowing facility.

The person who resides south of Lough Rynn Castle said much road improvement work has been done in the locality and he has witnessed waste material being tipped on Lough Rynn Avenue at a Coillte Forest access road.
The concerned reader told the paper “Its like leaving a big advertisement: Dump Here.”

The person estimates “there must be at least 20 tons of house hold rubbish dumped at this stage.”
The resident has seen vans from Longford and Rooskey bring “trailer after trailer” of waste and says there are cookers, fridges, washing machines, tyres and bags of rubbish dumped on the site.

It is understood the dumping has been going on for a number of months “behind the cover of rhododendrons just 30 passes (metres) from the tarmac road.” 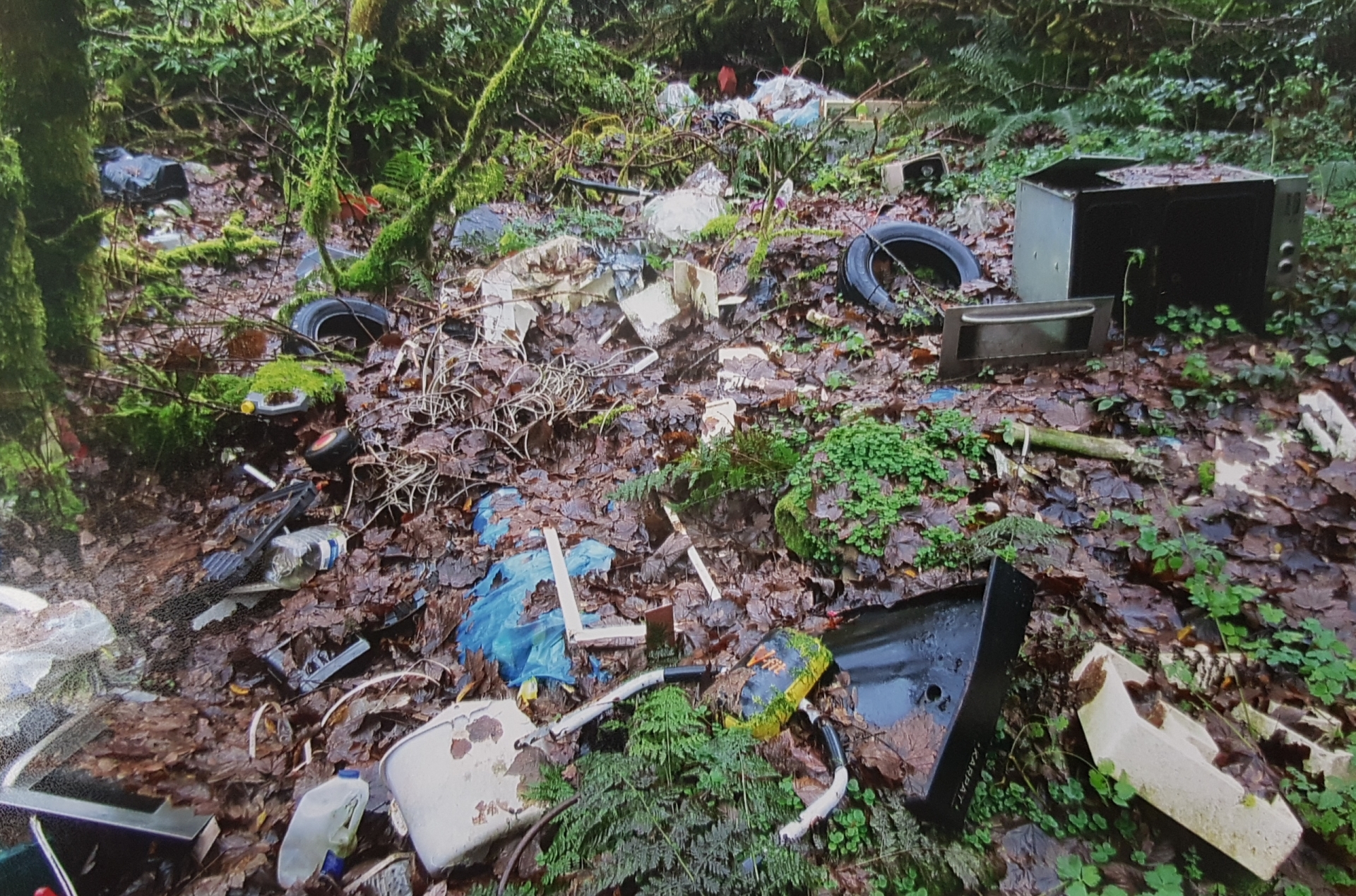 Leitrim County Council told the paper they were not “currently not aware of dumping at the location as specified and have not received any notification or complaint of dumping in this location.”
Following the paper's query they said “we will carry out an investigation of this matter as a result of your enquiry. We would like to remind members of the public that any incidents of illegal dumping can be reported directly to Leitrim County Council in complete confidence by telephoning our Environmental Hotline - 1890 205 205 or by emailing: environmentalcomplaints
@leitrimcoco.ie"

Also read: Nominations open for Love Where You Live Awards