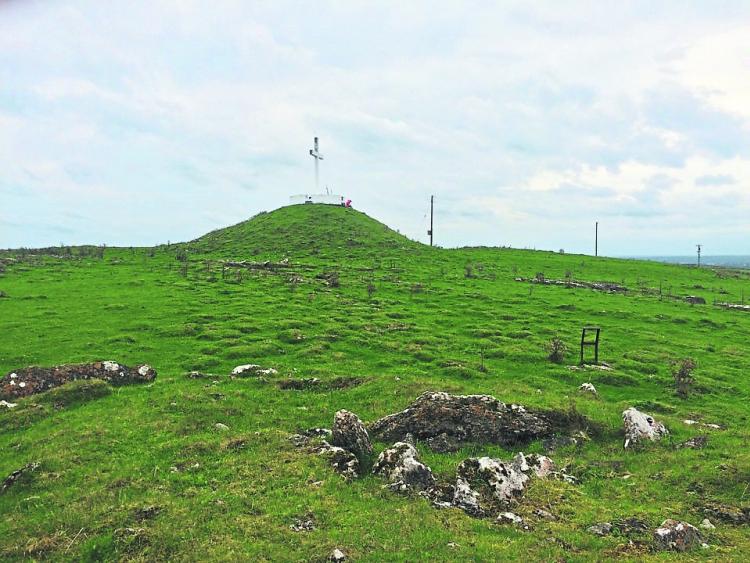 Carrick-on-Shannon Municipal District's monthly meeting heard a discussion on the development of Sheemore hill which was described by Cllr Paddy Farrell as “a real gem on our doorstep.”

Cllr Farrell, who lives close to Sheemore hill, said that developing tourism in Leitrim is the way to go and he called on Leitrim County Council to develop an access point to Sheemore and include a small car park and picnic area in that development.

He told the meeting that the site is getting busier and busier and people are circling the roads around it looking for an access point.

Cllr Sean McGowan supported the motion and said the development of a small car park would be money well spent and called on the local authority to source grants for same.

Cllr Enda Stenson said Sheemore is privately owned but he knows the landowner is very amenable to people accessing it and paid credit to the owner in that regard.
He also said the walkway developed should be continued from Leitrim Village to Kilclare and to Sheemore.

Cllr Des Guckian said there should be a nationally agreed scheme for areas such as Sheemore where access is needed. A key part of that would be written permission by the owner and that they be compensated and there be some sort of insurance scheme to cover it, rather than letting the onus fall back on the owner.

The reply to the motion stated that the proposal to develop access to Sheemore has previously been submitted for funding on a number of occasions under the Outdoor Recreation Infrastructure Scheme (ORIS) but without success.
The plans can be resubmitted for this year's grant schemes when they open for calls.

The Council noted the need to obtain permission from the landowner to allow a car park at the foot of Sheemore.

e said there is a unique opportunity to develop this and indicated there is some unused public road that could be used so it's a very feasible project but would require the purchase of land for a car park.

Cllr Farrell said there is more than one access point up Sheemore and said there is lots of opportunity to develop it into a circular loop walkway.