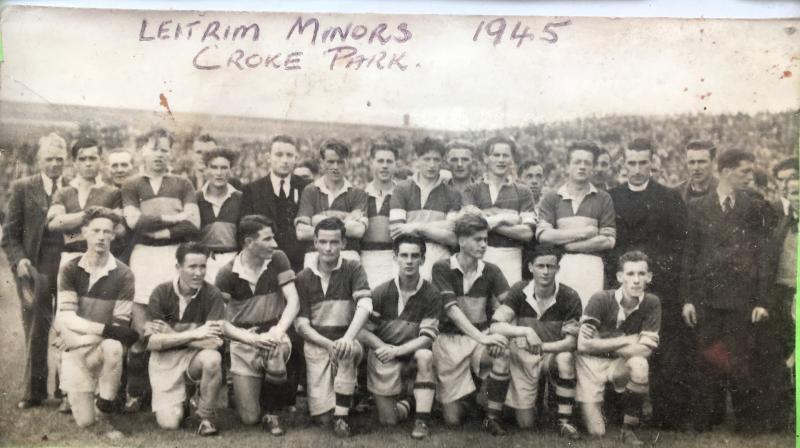 In 1945, Leitrim minor footballers reached the All Ireland Minor Football Final, where they lost to Dublin 4-7 to 0-4. The left full forward on that team was Cyril Cassidy from Drumeela. Cyril was marked that day by Denis Mahony, a man who ten years later captained a Dublin Senior team in the All Ireland Senior Final against Kerry. O’Mahony was later the founded and manager of Mahony Motors, a major car sales firm in Dublin Cyril Cassidy was the last surviving member of that famous Leitrim Mino r team.

Cyril Cassidy worked with An Foras Talúntais in Kinsealy, Dublin and lived for many years in Malahide. He lived, more recently, in Termonfeckin, Co Lough. He died on Monday last, 30 March, in Gormanston Wood Nursing Home. He is survived by a daughter Moira and sons Declan and Barry.

In 1945, Leitrim won their first of three Connacht Minor Football titles, beating Sligo in a replay by 2-6 to 1-5. Cyril Cassidy is pictured second from left in the front row.

Pictured above are the Connacht Minor Champions 1946:

Match reports on the day after the final give a J Brennan at right half back and a B McTiernan at left half forward, but we have not been able to establish who these were.