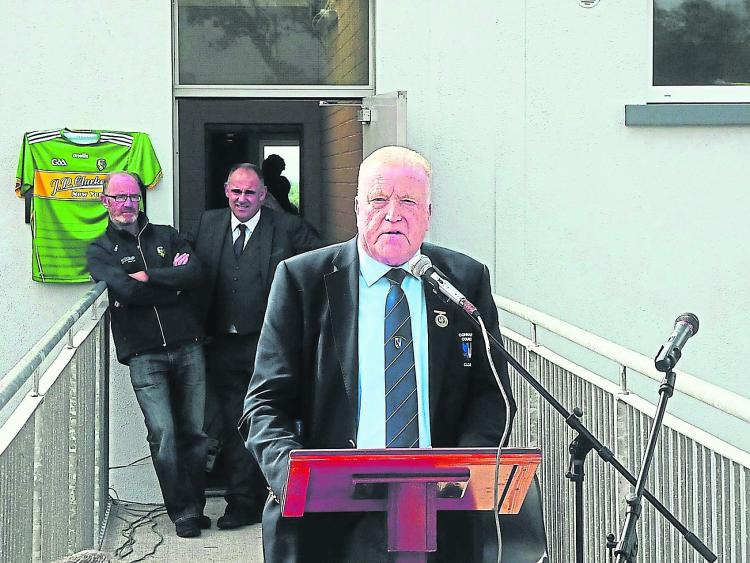 Cloone's Gerry McGovern, Connacht GAA President, firmly believes it is time to call off all GAA activities for the year.
He stated “If we take this step I think it will prove one thing: it will show that the GAA is not just a money driven organisation.
The Connacht President stated “We have had no games since the National Leagues were called to a halt in early March, no club, county or provincial meetings and no GAA activity whatsoever for enthusiasts to keep their minds occupied.
“It is historic in a sense because we have never gone through this type of lockdown before. We have had big storms, snow falls and outbreaks like the foot and mouth disease, but nothing like this. It is something that will always remain in our minds for years and years to come.
“I have been impressed with how we have coped too. I want to thank the County Boards, the GAA officers that serve on those boards and the officers of the clubs in the province for their cooperation with the directives from the GAA, which are based on Government policy. It proves that the GAA is really and truly a community organisation. if ever you needed proof of that we’ve all seen it during this lockdown.
“There has been much discussion at all levels about how and when we should return to the playing fields and at this stage I fear we will not see any games played for the rest of this year. Already we know that no matches are going to take place in front of crowds of over 500 until the end of August, and that is only a notional time. It increasingly looks as if there won’t be any championship at all in 2020.
“A return to club championship has been mooted as the first step, but my attitude to that is why endanger club players in an environment like this?
“Why put club players out to play a game and there mightn’t be 100 people at them? The same health concerns are there for those players, they’ll be in the one room, changing together, sweating and talking, all of which are opportunities to spread disease.
“Why should we in the GAA put our club players in those type of situations? The big fear in all of this is that we could have a repeat virus that may be worse than this one.
“I firmly believe it is time to call off all GAA activities for the year. It’s time to be decisive, retire 2020 and start again in 2021. We can go and play this year’s championship in 2021 and do everything as we would normally do.
“If we take this step I think it will prove one thing: it will show that the GAA is not just a money driven organisation. It will show that we are out for the good of the people and the community. That’s the way we have to look at it – some people might not agree with me, but those are my personal views on the matter.
“And it is not all doom and gloom either. Maybe out of this it will give us the opportunity to take a good look at our championships, and after it all we might end up with a very different championship with a new structure in place.
“For now all we can do is keep behaving as we have done. If we stick it out we will have our wonderful games there to bring back in front of an excited GAA community – when the time is right.