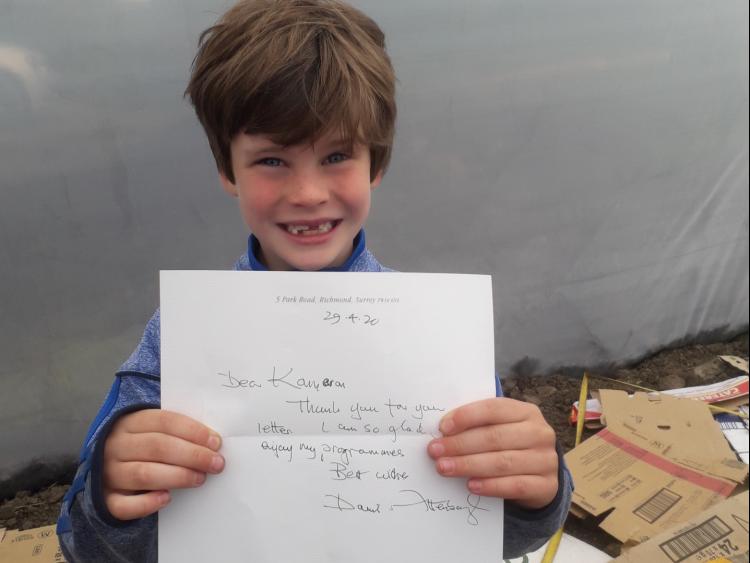 Kameron Durkin from from Dowra, Co Leitrim, with the letter he received from David Attenborough

It's not often that you get a letter from your biggest hero but seven-year-old, Kameron Durkin from Dowra, Co Leitrim said he felt he was going to "explode with excitement" when he opened an envelope and discovered that he had a personal letter from Sir David Attenborough himself.

Three weeks ago Kameron's mother, Carol said Kameron wrote a letter to his hero and he was absolutely delighted to get a handwritten letter in response.

Kameron said that he has watched every Attenborough programme since he was a toddler and ants to be an "animal scientist" when he gets older.

He described his excitement at getting a response from acclaimed natural historian and broadcaster, Sir Attenborough and proudly displayed it for photos.

Kameron's mother, Carol explained that he has always had a keen interest in animals and the environment and is a great help on the family farm.

"He wants to be an animal scientist when he's older. He has a big interest in animals becoming extinct and the impact of humans on the plant and he wants to look at that and bringing extinct animals back," she said.