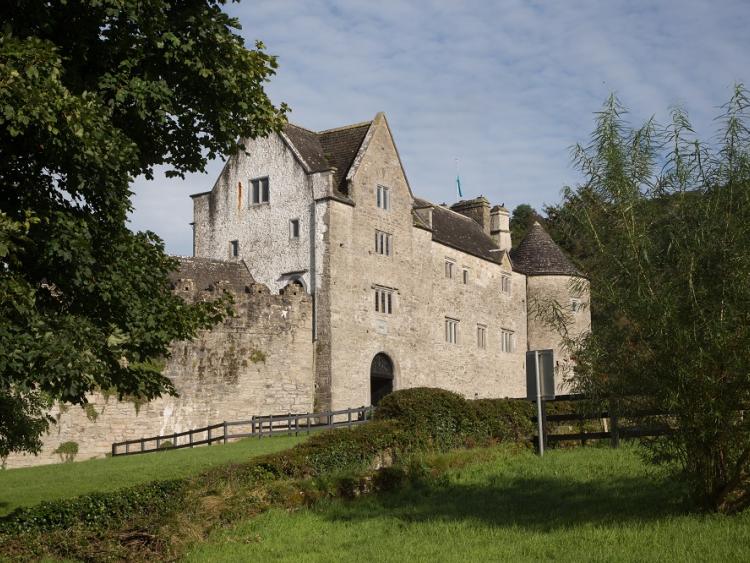 Located on the shores of Lough Gill, just outside the village of Dromahair, is Parke's Castle and next month marks the 30th anniversary of the opening of this historic site.

In the early 1970s the derelict castle was being used as a works depot but in the late 1980s £750,000 was spent restoring the castle. The painstaking restoration involved the use of traditional techniques and specialist conservation.

The castle
The castle itself is not a true castle but rather an excellent example of a fortified manor house. It comprises a gatehouse, a manor house, two large corner towers (the north-east and north-west corner towers) and an associated bawn, and also has the foundations of a late medieval tower-house which were discovered in the courtyard area during archaeological excavations in the 1970s.
The building, previously also known as Newtown Castle, takes its current name from Captain Robert Parke, who was given the land during the Plantation of Leitrim in the early 1600s.
The castle was acquired by the Office of Public Works from the Land Commission in 1940 for preservation as a National Monument.

The O'Rourke connection
The 16th century Tower House remains, uncovered during excavations in the 1970s is believed to be a stronghold of the O'Rourkes, rulers of Breifne, whose chief, Sir Brian O'Rourke, gave refuge to the shipwrecked Spanish Armada officer, Captain Francisco de Cuéllar, and was later indicted for high treason and executed on the gallows in London in 1591.

Plantation
During the plantation of Leitrim in the early 1600s Captain Robert Parke gained ownership of the site and the plantation castle built was built on the O'Rourke site, over the remains of the Tower House.
Captain Parke's daughter married Sir Francis Gore of Co Sligo, an ancestor of the Gore-Booth family of Lissadell and their son was the last resident of the castle.
The archaeological excavations have also revealed the foundations of a blacksmith's forge, a well and a sallyport (or watergate) accessing onto Lough Gill.

The restoration
After the archaeological survey of the area it was decided that the restoration of the castle would be feasible.
The work began with a detailed photographic survey of the ruins.
Following this, in 1984, craftsmen from the OPW National Monuments Depot in Dromahair, commence the painstaking restoration work of the castle.
The project involved the careful conservation of the stonework of the castle, reconstruction of the roof, restoration of the great wall to its former pristine glory, the construction of a wooden spiral staircase in the style of the 17th century and the adaptation of the entrance and ground floor area to accommodate a visitor reception and audio visual presentation area.
The timbers used in the roof of the castle are of native Irish oak and were fastened in place without the use of a single nail. Similar craftsmanship is displayed in the spiral staircase. Outside, the courtyard has been fully restored with cobblestones in the style of the original period. 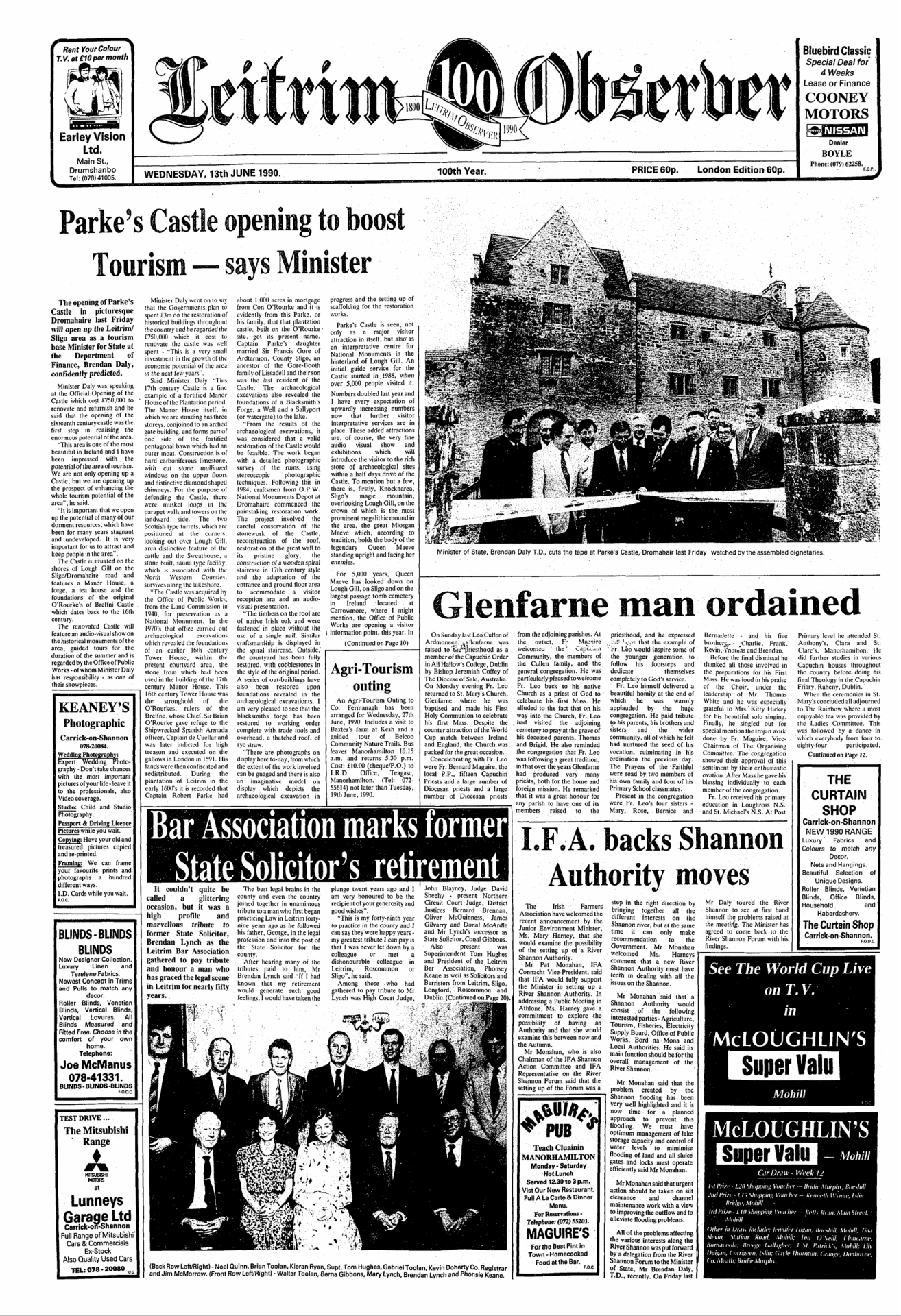 Coverage of the opening of Parke's Castle in June 1990.

A series of out-buildings were also restored as part of the mammoth project including the blacksmith's forge which was restored to working order complete with trade tools and a thatched roof.
The work culminated in the official opening of the newly restored castle on Friday, June 8, 1990.
The official opening was presided over by the then Minister for State at the Department of Finance, Brendan Daly.
Today Parke's Castle remains a striking silhouette on the shores of Lough Gill.
Although at the present time, the castle is closed to visitors due to the Covid-19 pandemic, it is hoped that it will soon, once again, be open to welcome visitors to this unique historic site.