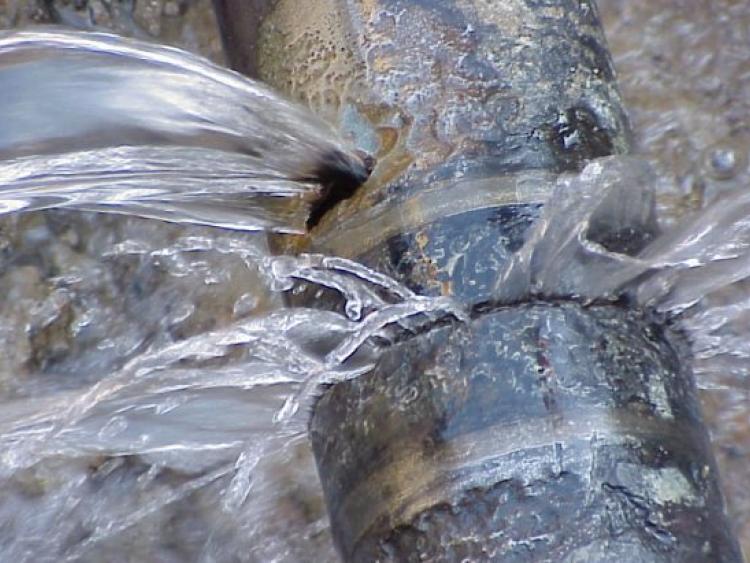 Irish Water has been told to “step up to the mark” and provide a new trunk water main on a stretch of road between Mohill and Gorvagh which is impacting hugely on local residents and businesses.

Continuous bursts on the old trunk water main on the R202 at Gortfadda Cross towards Sratrissaun, Gorvagh near Mohill is causing considerable disruption and annoyance to homeowners and businesses alike and is leaving the road in a very dangerous condition, according to Cllr Sean McGowan.

Speaking at Monday's meeting of Carrick-on-Shannon Municipal District Cllr McGowan said that particular section of pipe has had over 20 bursts in the past few months.

“I don't know what Irish Water are at. It's appalling we are left like this with no plan in place. I'm calling on them to provide a new trunk main for 3-5 kms, that's the only answer to it,” he said.

He added that the road has been patched so much now that it is actually dangerous and locals are fearful there will be an accident on it.

Other members fully supported the call with Cllr Paddy Farrell saying they have all received calls about it and he called on Irish Water to replace the old pipe as soon as possible.

Cllr Thomas Mulligan said people are now “at their wits end” due to the continuous bursts and called for it to be dealt with quickly.

“It's an awful disturbance in a household to be left for a day without water. It's so annoying and gone beyond reasonable of what's expected,” he said.

Cllr Des Guckian supported the sentiment but said a survey should be carried out of all mains in the county and repair them all and get the money from the national government to do it.

A reply to the motion stated, “We are experiencing regular bursts on a section of the trunk water main between Gortfadda and Gorvagh on the R202 north of Mohill town. This is due primarily to the age of this old asbestos cement pipeline which was installed over 50 years ago and is now passed its serviceable life.

“In order to make a repair we have to shut down the trunk main which may take between 4-6 hours to repair.

“Because of the concentration of bursts on this section of trunk main unfortunately the same supply area is experiencing repeated disruption to supply with bursts occurring approximately three to four times a month.

“The replacement of this particular section of trunk main is top of our list of priorities for mains refurbishment and we continually make representations to Irish Water to invest in these projects.

“Leitrim County Council will contact Irish Water to request that they approve for construction of a new trunk main at this location Gortfadda to Sratrissaun to replace the existing defective main.

“Permanent road reinstatements of previous road openings made along the R202 at burst locations has been ordered and these works will be undertaken this month (June).”

In reply to Cllr McGowan, Darragh O'Boyle, area engineer, said the maintenance and repair of a road has to be carried out by Irish Water under their contract.