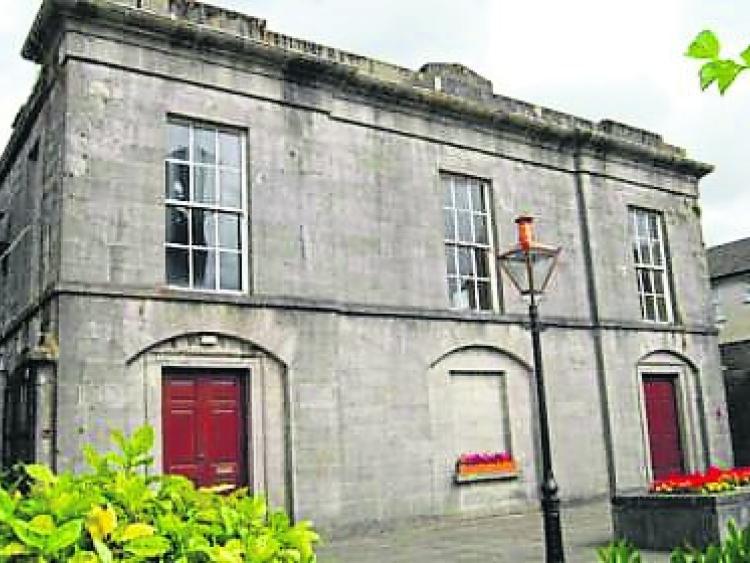 The “enormous untapped tourism potential” of the former courthouse in Ballinamore is something which needs to be fully investigated said Cllr Caillian Ellis at a recent Ballinamore Municipal District meeting.

Highlighting the importance of this listed structure, Cllr Ellis asked that the council contact the Courts Service about the possibility of refurbishing the existing structure.

“I am calling on the council to contact the Courts Service and see what their intentions are for this building,” he said.

“Perhaps we can ask them if they would be amenable to the possibility of a long term lease of the building. The amount of history there would be a huge benefit to Ballinamore.”

The structure itself was closed as a serving courthouse in 2009.

Cllr Enda McGloin asked if a feasibility study has been carried out on the structure and said if one hasn't, then it should be considered.

Cllr Paddy O'Rourke agreed noting that “a plan is needed as to how this building can serve the community.”

Cllr Ita Reynolds-Flynn also backed Cllr Ellis' motion noting that she understood there was support for the idea of setting up a memorial building in memory of the late John McGahern.

“It would be terrible to see this building go into disrepair,” she said.

Councillors were told that the local authority will contact the Courts Service for an update on the structure and will also check whether a feasiblity study has been completed recently on the former courthouse.