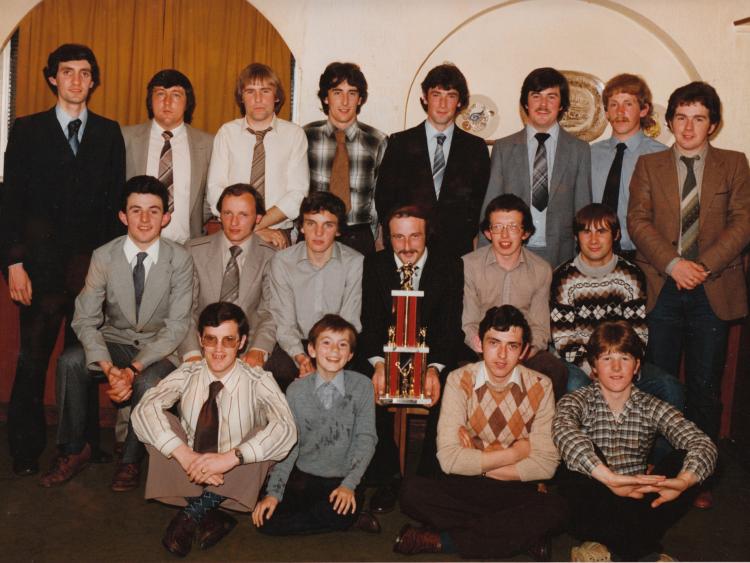 Members of Carrick Town FC are pictured at a victory function in The County Hotel, Carrick-on-Shannon in May 1980

40 years ago this month, after only three years in existence, Carrick Town football club’s 1st Team won the Sligo Leitrim League Division Two and promotion to the league's top tier.
They needed just one point from their away game v Calry Bohs, who were also fighting for promotion. In a closely contested game Carrick took the lead when a low shot from Frankie Smith was deflected to the Calry net by Chris Lowe after just 15 minutes.
Ten minutes later Calry equalised but Carrick held on to take the vital point despite having a goal by John Dennany disallowed. The final whistle brought scenes of jubilation for the Carrick lads. The trophy was presented to captain, Pat Glancy by League Secretary, Cyril Moran much to the delight of Team Manager Bertie O’Rourke and Club Treasurer Gerry Taylor.
Following a quick tog-in the large cavalcade of Carrick cars and supporters proceeded to do a victory parade of Sligo town and later that evening they arrived back in Carrick-on-Shannon for scenes of joy and jubilation seldom witnessed in the town before.
The year ended with a club trip to Manchester when 38 members travelled to watch Manchester United defeat Everton 2-0 in the English First Division. Goals from Joe Jordan and Steve Coppell gave the home team a deserved win with Kevin Moran in fine form. 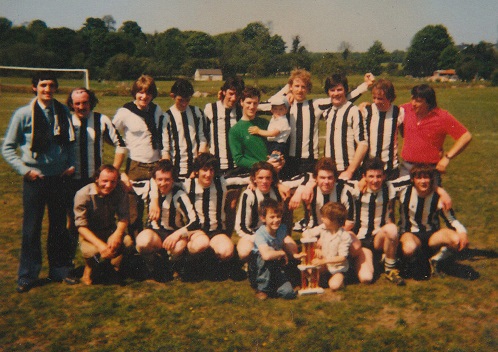 Also, this month 25 years ago, after only two seasons in the Longford District League they won a unique League and Cup double. Having already beaten St Mel’s Shamrocks 4-2 (AET) in the cup final of ’93 they set about building a league winning team and with a fine mix of youth and experience their ambition finally paid off in 1994/95.
In that season they played 26 games, winning 18, drawing 4 and losing only 4. They scored 77 goals and conceded 33. They beat Kenagh United 2-0 in the final with goals from Rory Blain and Kevin O’Rourke and five days later beat Longford Wanders 5-2 in the cup final.
They also won the league title the following year beating Melville United 3-0 in the final only to be beaten 2-1 in the cup final by near neighbours Mohill Town.
Article by Frankie Smith 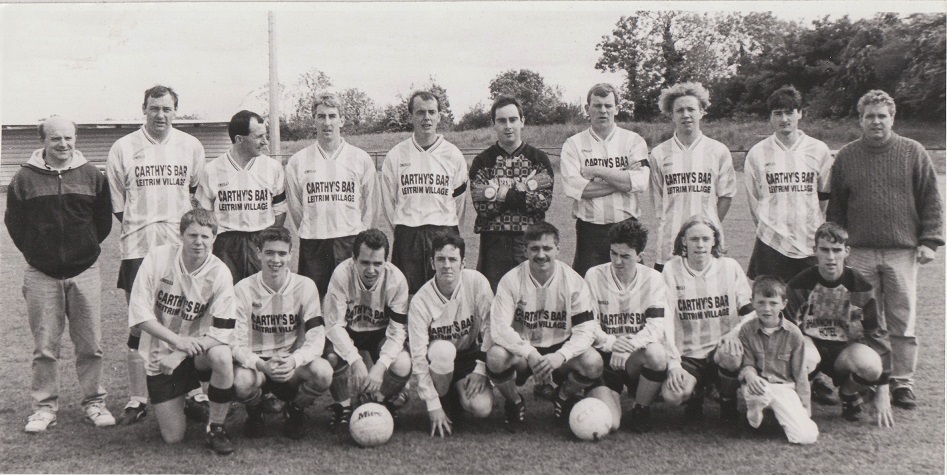