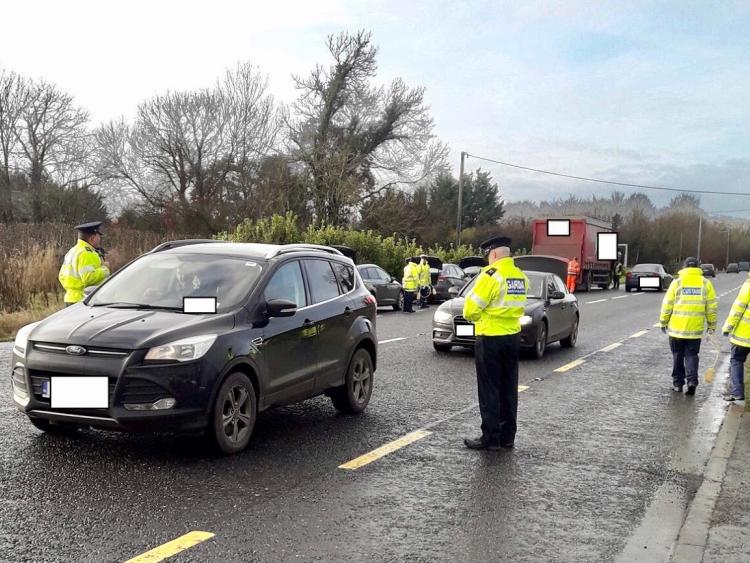 Members of the Roads Policing Unit Naas conducted a series of intensive Multiagency Checkpoints in North Kildare this week.

Assistance on these Checkpoints was provided by the Road Safety Authority, Customs, Excise and Revenue.

A total of six offences were detected by the RSA for defects on HGV's. Two HGVs were detained for no rear lights and bald tyres.

Customs officials dipped 110 vehicles for Green diesel. One Vehicle was impounded for a VRT offences. A Vehicle which had 3200 Cigarettes and 200 Grams of Tobacco Concealed with No Revenue Paid was also detained - Cigarettes /Tobacco Seized.

An Garda Siochana Seized 10 Vehicles under S 41 RTA for No Insurance - Tax – NCT and Unaccompanied L- Permit Holders.
2 Persons arrested for Drug Driving.
20 FCPN’s were issued for various offences under The Road Traffic Act and Lifesaver Offences.
A further 50 offences which will result in Court proceedings.