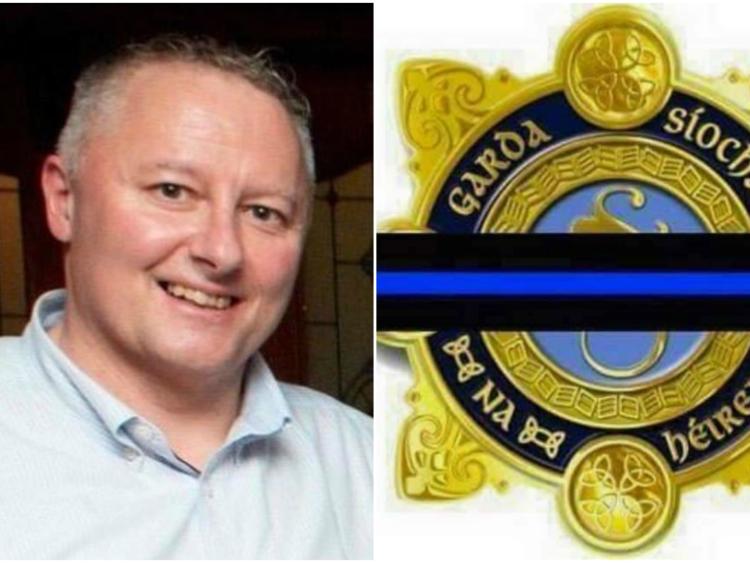 Left: the late Detective Garda Colm Horkan Right: An Garda Síochána has added the blue line to its social media in tribute to the fallen colleague

A minutes silence will be held in homes and garda stations around the country at 12 noon, today, Sunday, June 21, as a mark of respect for the late Detective Garda Colm Horkan.
An Garda Síochána, Garda Staff, Garda Reserves and retired members of An Garda Síochána will also parade at their local Garda Station/ permanent assigned Garda Station and will observe a formal public one minutes silence at 12 noon.
Gda Horkan died in the line of duty last week. A man has been arrested and charged in relation to this death. Gda Horkan's funeral is occurring today.
An Garda Síochánas’ minutes silence will be led by Deputy Commissioner John Twomey and the Garda Band at Garda Headquarters.support of public health guidelines An Garda Síochána requests that members of the public, wishing to express their sympathies and condolences also observe a one minutes silence at 12 noon at their homes.
An Garda Síochána will post images of these remembrance silences on our social media pages with the #ColmRIP and request that members of the public show their solidarity by posting their images on social media using the same #ColmRIP.