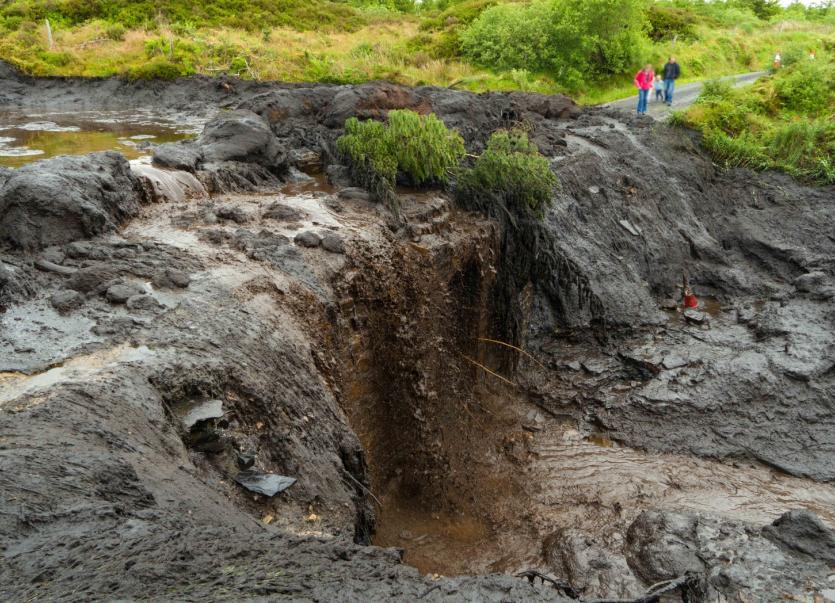 The first meeting of the working group overseeing the response to the landslide which occurred just outside of Drumkeeran, Co Leitrim on June 28 this year.

The inter-agency working group, led by the Heritage Department, met this morning, Monday, July 20. The meeting was chaired by Malcolm Noonan, TD, Minister of State for Heritage and Electoral Reform.

Minister Noonan and officials present viewed the landslide firsthand from the Dawn of Hope Bridge and from further up at source on Shass Mountain.

In a statement issued by Leitrim County Council today, it was noted: "The meeting was updated on the present situation and all agencies present stated their commitment to finding a multi agency response to address the emergency situation, including the farmer and community needs and also to investigate solutions to the longer term stablisation challenges now evident.

"After the meeting, Minister Noonan said that he was shocked when he viewed the damage firsthand on Monday, July 13 with Minister of State, Frank Feighan.

"He resolved with the then Minister for Agriculture to quickly establish this committee and put together a multi-agency grouping to oversee the response to the emergency and to deal with its aftermath. He commended the local farmers and the wider community for their response in the face of this disaster and commended too the local authority officials for the reactions.

"(Minister Noonan) said there was much work to be done and the committee would meet again in the very near future.  In the meantime, it was pointed out that affected farmers should make contact with the Department of Agriculture."