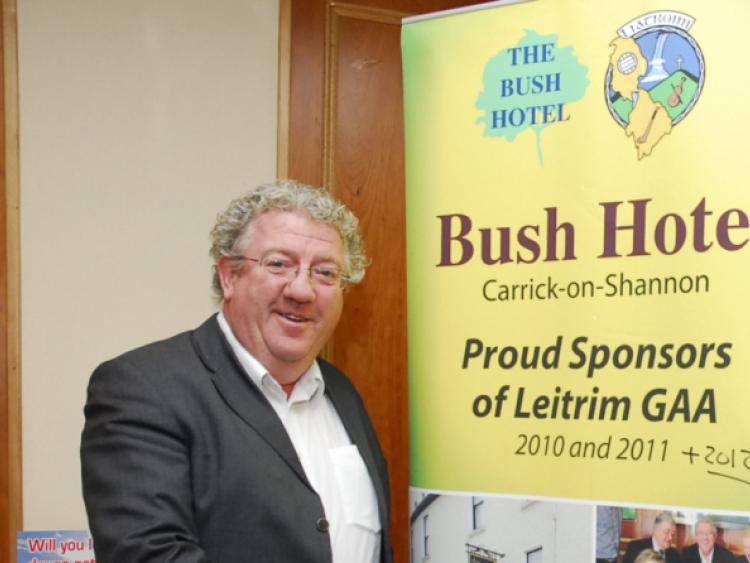 Leitrim hoteliers have expressed serious concerns about the stimulus package announced by the Government which does not go far enough to support Irish tourism and safeguard the livelihoods of the 270,000 employed by the industry - including the 1,100 jobs supported locally by tourism in Leitrim.
Michael Yates, Chair of the Leitrim, Sligo and Roscommon Branch of the Irish Hotels Federation states: “We are disappointed that the Government failed to deliver a reduction in tourism VAT. This is a missed opportunity given how highly effective the previous reduced VAT rate was in promoting increased employment.
“We now have a higher rate of VAT than 30 other European countries with which we compete. This is untenable from a competitiveness point of view and puts us at a serious disadvantage, particularly when considering our nearest neighbours Northern Ireland and Britain now have a tourism VAT rate of 5%.
“We will be engaging further with the Government on this critical issues as part of the October National Economic Plan,” he said.
“While measures to stimulate consumer demand are welcome, we have serious doubts about how effective the ‘Stay and Spend’ tax credit scheme will be in stimulating consumer demand.
“It seems overly cumbersome and convoluted, and we are urgently seeking further clarification from the Government on how the measure will operate.”
Mr Yates acknowledged the measures announced to address liquidity and investment as vital for the survival of many tourism businesses. “However, these do not go far enough to secure the long-term stability of the industry.”
Commenting on the Employment Wage Support Scheme, he said: “The new wage support scheme is welcome and will help hospitality businesses to keep their teams together until tourism and the overseas market recovers. The inclusion of seasonal workers and new hires is especially important.
“Other measures such as the rates waiver and reopening grants could give businesses much needed breathing space as they work to stabilise their businesses for the future and we look forward to seeing the details there.
“There is a concern that the rates waiver does not go far enough and we hope that this is addressed as part of the National Economic Plan in line with what is being done in the UK.
“We also welcome the additional supports being put in place for training which is hugely important as we build capability and our skills base for the future.
“Time and again, tourism has proven itself as a successful engine for economic growth. Over 90,000 jobs were created following the last recession with tourism supporting almost 270,000 jobs before the current crisis.
“Hotels and guesthouses not only provide local employment opportunities, they buy local services, source locally produced food and provide a vital infrastructure in support of local business and communities so the ramifications will be felt far and wide.
“Outstanding challenges for our sector include the requirement for an urgent review of the Government’s current travel restrictions, which are putting tourism jobs further at risk.
“We are calling for the ‘green list’ to be extended in line with the approach taken by our European partners. This should be supported by a comprehensive testing regime for visitors from countries not on the list.
“In addition, clarity is required for the reopening of the remaining facilities in hotels and guesthouses including the size of indoor gatherings, which should be linked to the capacity of venues.
“Hotels and guesthouses have been open over three weeks and have demonstrated safe practice across all aspects of their businesses through the adoption of guidelines and training endorsed by the HSE, HSA, HPSC and the FSAI,” he concluded.
Meanwhile, Joe Dolan, Managing Director, The Bush Hotel, said he concurs with Mr Yates and said that the devil is in the detail.
He said that things are OK at the moment. “Leitrim hoteliers are very resilient and will hunt for every bit of business out there,” he said.
Mr Dolan said the recently launched Leitrim Tourism video ThisIsLeitrim has been a huge success. The unique video campaign has had about 100,000 hits on YouTube and is now going international to target the Leitrim diaspora all over the world.
He is hopeful the benefits of that campaign will be felt in the industry locally.