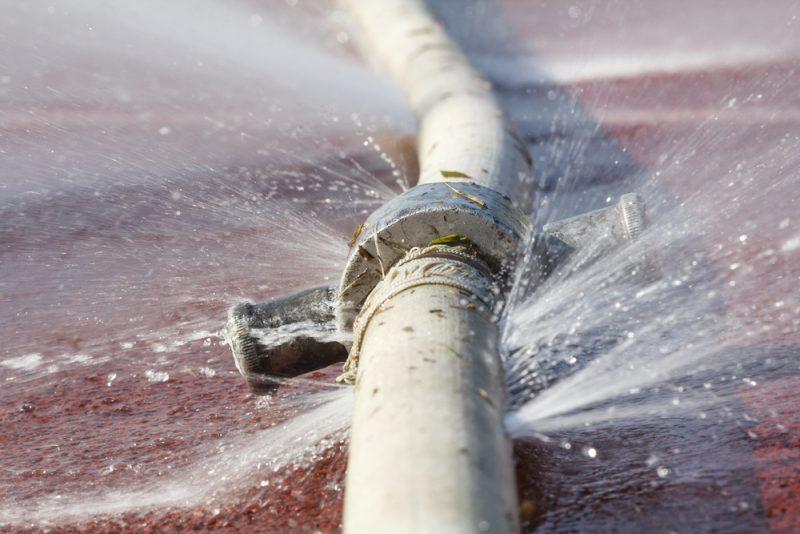 Leitrim County Council head of finance, Vincent Dwyer, has told councillors to highlight the need for a major rethink on the funding model for Irish Water with their Oireachtas colleagues.

With more than 50 water main bursts already recorded by Leitrim Council on the South Leitrim Regional Water Supply Scheme this year Mr Dwyer said that it is clear that the “whole issue of Irish Water needs to be progressed” at national government level.

“The funding model for Irish Water is not fit for purpose in my view,” he said.

The comments came after Cllr Caillian Ellis again raised the issue of the water main line between Fenagh and Keshcarrigan at Monday's Ballinamore Municipal District Meeting.

“There has been so many bursts,” he said, “people are fed up”.

Mr Dwyer acknowledged that Leitrim County Council has a “huge problem in house” trying to deal with the number of water main bursts on the South Leitrim Regional Water Supply.

“Irish Water has told us that their capital budget was cut by €70-80m last year,” adding that, although the Council had been previously told that work on the South Leitrim Regional Water Supply has been named as a priority but since then, “things have obviously changed”.

“Irish Water have no money to do (this work) and that's the bottom line,” said Mr Dwyer.

“At the moment it wouldn't matter if we were to stand on our heads, there is simply no money to (replace these mains).”

At a meeting last Thursday with Irish Water, Council officials again highlighted the fact that the mains were failing in South Leitrim but Mr Dwyer acknowledged “we're flagging this, but we're making no headway on it”.

“The reality is that Irish Water is fire fighting on the capital project side (of things) with issues in Dublin and Kildare and we are a long way down the list”.

Mr Dwyer acknowledged the Council was facing a “very bad situation” in relation to the South Leitrim Regional Water Supply.

Cllr Ellis said the current approach by Irish Water, of constantly repairing bursts “doesn't make any sense”.
He pointed out there have been instances where bursts have occurred and water has been left to run for long periods of time before repairs are undertaken.

Mr Dwyer pointed out that the Council only has really one, possibly two crews who are able to address these bursts in the county at any one time.

“These crews can't work at night and it can be a situation where they are already dealing with a burst when another is reported,” he said.

Mr Dwyer said that crews will always work to turn off supply at the nearest valve in order to conserve existing supply, but said that it may be the case that work cannot be carried out immediately due to the time of the burst and staff constraints.

“I would ask (the councillors) to highlight to your political parties the need to address this issue at national level,” he said.

Cllr Brendan Barry agreed that it was clear the priorities of Irish Water have changed.

“I wrote to Irish Water last year and was told that it would be as priority but when I wrote this year they only wrote back to acknowledge they had received my letter, nothing else,” he explained.

Mr Dwyer said it is clear “the situation has changed and (the South Leitrim Regional Water Supply) is no longer a priority. “I'd say with the money (Irish Water) have they have other priorities now,” he acknowledged.