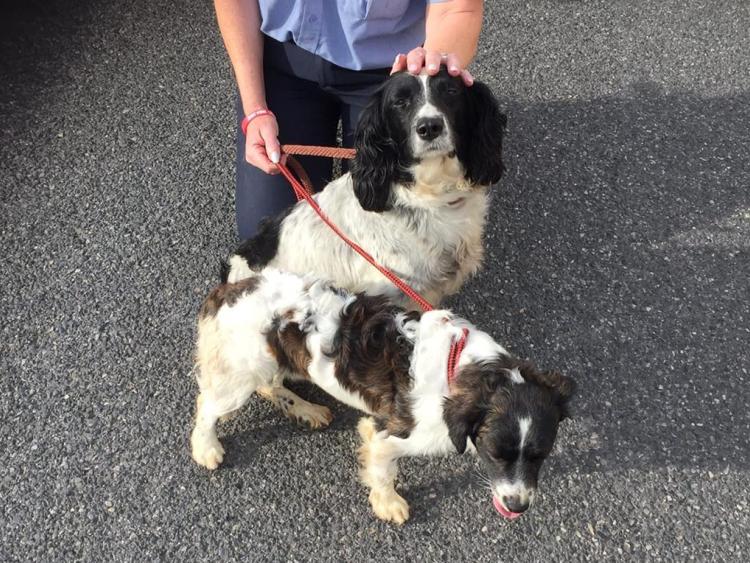 Detectives from Tullamore in Offaly have reunited two stolen dogs with their rightful owners. The springer spaniel and Jack Russell cross had gone missing, presumed stolen, from Mucklagh earlier this week.

Working with the Offaly County Council Dog Shelter, gardaí managed to track down the dogs.

The owners had earlier taken to social media to say their house had been 'marked' with paint by the apparent thieves prior to the theft. A similar tactic was reported in the Ferbane area of Offaly as well as throughout the country.

Gardaí have now reiterated their advice to pet owners to be extra vigilant given the recent increase in pet thefts.

Gardaí are also appealing to the public to take extra crime prevention measures when it comes to caring for pets, particularly high-value breeds of dogs.

If a dog is stolen, it’s important to act quickly:

- Immediately report the theft to Gardaí.

- Report the loss to your local authority, your vet and your dog’s microchip company.

- Spread the word on social media – post clear photos and detailed descriptions both on your profile and any other groups and pages you are connected with and encourage people to share quickly.

- Create posters and flyers, distribute these around your local community. Check your insurance policy, it might be able to cover some of these costs.

- Report the theft on as many missing animal websites as you can and keep an eye out on social media and selling pages.

In the instance where a lost animal is found, ensure the rightful owner is being contacted before returning them.