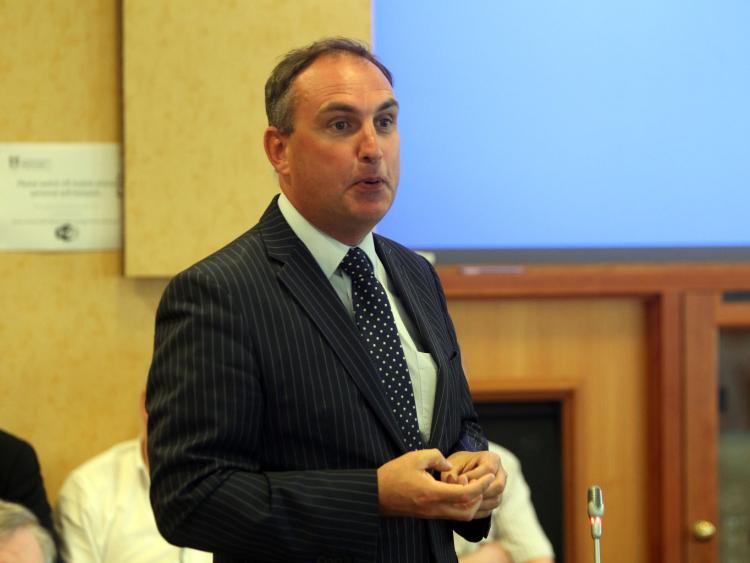 Marc MacSharry made the comments in the Dail

The Secretary of the Sligo/Leitrim Council of Trade Unions, Ciaran Campbell, has severely criticised Fianna Fail backbench TD Marc MacSharry for his recent comments about public servants using the Covid-19 pandemic as an excuse to ‘lie on the couch and watch box sets’.

Mr. Campbell forcefully condemned Mr. Mac Sharry’s comments stating that ‘the comments are both distasteful and unnecessary, and as some of our highest-paid public servants, politicians should not use the safe and secure confines of the Dáil to launch the most reprehensible attacks on workers who have no lee-way to respond and thus defend themselves against such scurrilous comments”.

Speaking on behalf of Sligo/Leitrim Council of Trade Unions Executive, Campbell added that “ Mr. MacSharry’s ‘unfortunate and unforgivable  Dáil performance’ failed to deliver any evidence of what he was alleging other than some sort of ‘personal anecdote, and he had the gall to suggest that one set of workers productivity was not only different to others but further boasted of his and his fellow politician’s productivity levels. All of this at a time when his party and the government, for which it is a part of, is bouncing from one policy u-turn to another not to mention his lack of support for the improvement in conditions for workers”.

Pat Fallon, Chairperson of the Sligo-Leitrim Council of Trade Unions added that “politicians must understand that this pandemic should not be used as justification to berate workers, no matter what sector they are operating in. In the past number of months, workers from both the public and private sectors have kept this country functioning, and such attacks should not be used as an attempt to cause division amongst workers in different sectors.

"This pandemic has affected us all in so many different ways, and there’s no doubt will continue to negatively impact for some considerable time. It remains a fact that those workers, who are in the main low paid, are on precarious and very insecure contracts and poor terms and conditions, are the very workers that have kept this country afloat and operating.

"In the early days of this pandemic, we saw politicians applaud frontline workers, in both the public and private sectors. Was this simply publicity-seeking? We believe politicians should lead by example and show respect for all workers, with clear actions by increasing the minimum wage rate to the living wage, improve access to representation and create a space for real industrial relations mechanisms to protect workers from all sectors.  We hope at election time, that voters, who are also workers, remember those who really supported them during this difficult period for everyone.  Such comments, like those of Mr. MacSharry, are wholly unacceptable to workers and should be seen for what they are, an attack on working people, who ultimately are voters.”