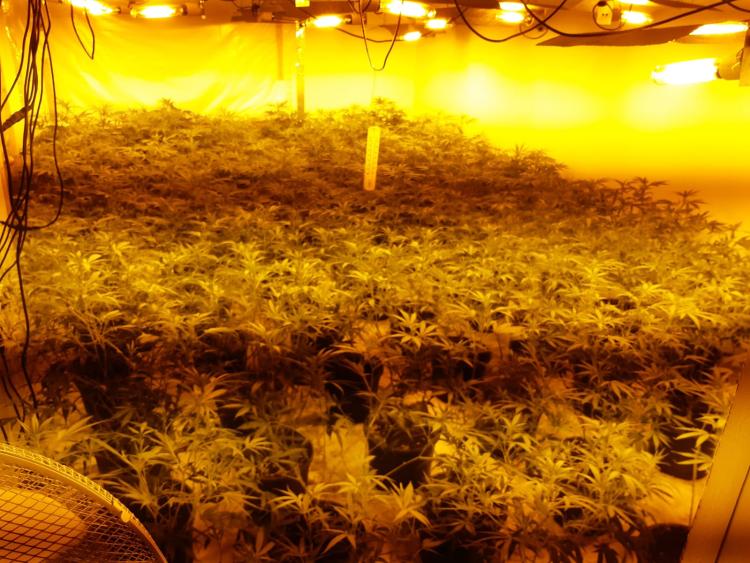 A large number of cannabis plants (pending analysis) and cannabis herb with a combined estimated value of €50,000 were discovered and seized by members of the Detective Unit attached to Bailieboro at a house in Ballyjamesduff Co Cavan.

The search took place at approximately 1.30pm today and formed part of an intelligence led operation.

Assistance was provided by the Armed Support Unit.

During this search other items associated with drug cultivation were also seized these included fans, heaters, lights and an irrigation system.

One woman in her mid 40s has been arrested and is currently in detained at Bailieboro Garda Station under the provisions of Section 4 of the Criminal Justice Act 1984.