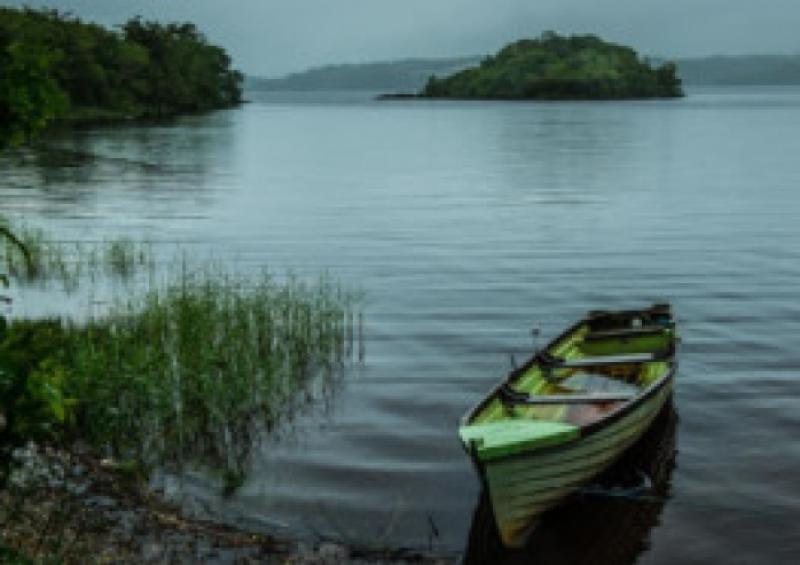 The partner of a Dromahair kayaker who was drowned on Lough Gill last year, has spoken of how she found the canoe of Christopher Banburry “capsized” in the lake on Tuesday, January 29.

A Marine Casualty Investigation Report found that his wellington boots would have weighed him down on immersion.

It also found that weather conditions were not suitable for a small craft with high winds and his personal flotation device would not keep him afloat as an inflatable jacket would have done, the report added.

In a deposition read out to Sligo Coroner’s Court on Monday by Sergeant Derek Butler, Pearl Nepgen of Corratimore, Dromahair said she felt “panicked” when there was no sign of her 55-year-old partner at a camp he had made on the shore of Lough Gill three days after he had decided to “wild camp for two days.”

She had last seen him at 3.30pm on Saturday, January 26 at Lough Gill shore.

The court heard the last communication she had with her partner was at 6.57 pm on Saturday, January 26 by text and he told her that he loved her. That was the same day she dropped him off to make camp.

Ms Nepgen became alarmed and contacted the gardai in Manorhamilton.

But as she was talking to the gardai she noticed that her partner’s canoe “was about a kilometre and a half over by my right as I was looking out at the water.

“As I was talking, I was told to go to the canoe and see.”

“I hung up then and I found the canoe and it was capsized and when I turned it over the paddles were still in the canoe, and I rang the emergency services.

“Then I saw the helicopter coming along and they had spotted me and the canoe.”

The partner said she made her way to the Lake Isle of Inishfree jetty where a guard met her.

“The guard informed me that a body had been found.”

Meanwhile Gavin Playle, a winchman on a rescue helicopter told the court that he spotted a blue object in the water very close to the shoreline.

His deposition added: “We examined the object further to find it was a body in the water.
“I found the body face down in the water.
“It was a deceased male wearing a blue Goretex jacket and a buoyancy aid.
“We winched the casualty to the aircraft and brought him back to Sligo airport.”

Christopher Banburry was pronounced dead at Sligo mortuary at 1.35pm on January 29 by Dr Barry Cosgrove, the inquest heard.

An autopsy report compiled by Dr Clive Kilgallen gave the cause of death as being due to fresh-water drowning.

Meanwhile the Marine Casualty Investigation Board report added that the weather over the period was “adverse with temperature between 2 and 7 degrees Celsius with wind speeds of 90km to 20 km per hour.

Ms Nepgen told the investigation that her partner was inexperienced in the use of this type of canoe, but was a competent swimmer.

Given the location of the body when found it is considered probable the canoe may have been travelling between Slish and Cullentra when the incident happened.

The report added that the “actual time of the incident is not known definitively but from available evidence it happened between 6.27pm on Saturday, January 26 and sometime before dark on Sunday evening.

Not advisable to be out in this weather

“In all probability the incident occurred on the Sunday evening.

“It would not be suitable or advisable to be out in the water alone in a small boat during this weather.

“Canoeing in a wind force of 4 or above should only be considered by the very experienced.”

The report added that the buoyancy aid worn by the deceased would not keep him afloat as a life jacket would have done.
It was designed to aid the person to stay afloat and swim to safety.

“The footwear worn by the deceased was open top wellingtons which would have weighed him down on immersion.

The boat and the casualty were found in two different locations, indicating that the casualty entered the water and became separated from the canoe due to some incident.

There were no grab lines attached to the canoe to assist recovery, the report added.

“Once the casualty entered the water, he would probably have immediately felt the shock of very cold water.

“The boat may have drifted away, and he may not have been able to stay on or with it to achieve adequate buoyancy, despite being an accomplished swimmer.”

The report concluded that the casualty only had a mobile phone at the camp, and it was believed to have been turned off.
He did not carry any other means of signalling for help, such as flares or a Marin VHF handheld transceiver.

The report made the following recommendations:

In extending his deepest sympathy and condolences to Ms Nepgen and her family, Coroner Eamon McGowan said the deceased had a passion for canoeing and was a fit man with a sense of adventure.

There was no alcohol or drugs in his system.

The Coroner said the deceased was living and enjoying life.
He added that he wanted to highlight the safety recommendations in the MCIB report where a course should be attended, a water- proof mobile phone was needed, and grab loops and towing lines should also be there.

The Coroner returned a verdict of accidental death due to fresh-water drowning.
He added that he hoped Ms Nepgen and her family could “get over this very tragic loss”.

Sergeant Derek Butler extended sympathy and condolences on behalf of An Garda Siochana.