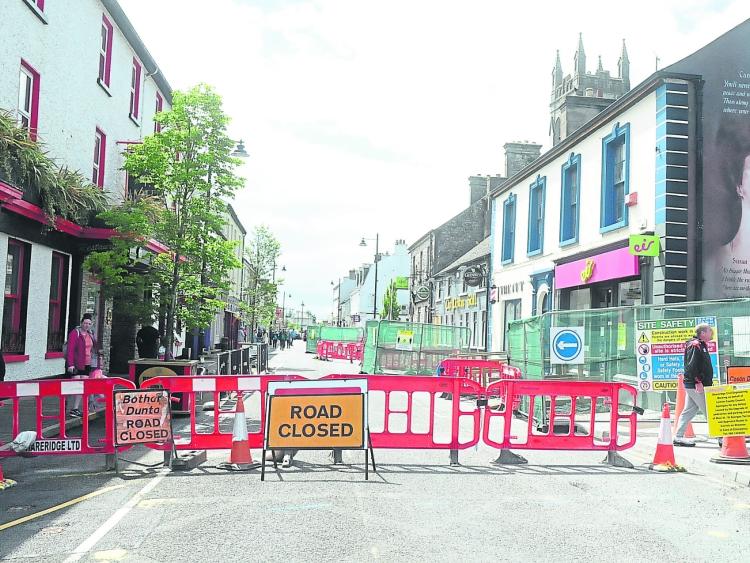 “Pedestrian road crossings with the current traffic flow, in from the Leitrim road, out Park Lane and from Park Lane into town gives no safe access to pedestrians” according to town councillor Finola Armstrong Maguire.

She asked for a safe crossing to be progressed asap.
Senior Engineer Shea O’Connor said the current public realm works when completed will address these concerns but in the mean time, they can put extra signs and markings in place until the works are completed.
Director of Services Joseph Gilhooly said the council are still in talks with the contractor over the slow pace of works on Main Street.
He said he had no new information for the public meeting on the outcome of those negotications. He also noted that discussions are ongoing to realise a date for the opening of Flynns car park.

The council are applying for a grant to narrow the road and increase the footpath approaching Dromod from Carrick-on-Shannon to help reduce traffic speed.
Cllr Sean McGowan asked for additional traffic calming measures at either end of the village as traffic passes through at “excessive speed.”
Mr Darragh O’Boyle said there are three pedestrians crossings in the village and if funding becomes available they could raise the crossings to table top.

Cllr Paddy Farrell put forward the dangerous situation and need for signage and barriers from Tonnagh and Lismakeega.
He noted a serious accident happened at the location a few weeks ago.
He was informed that the council will apply for a low cost safety grant.