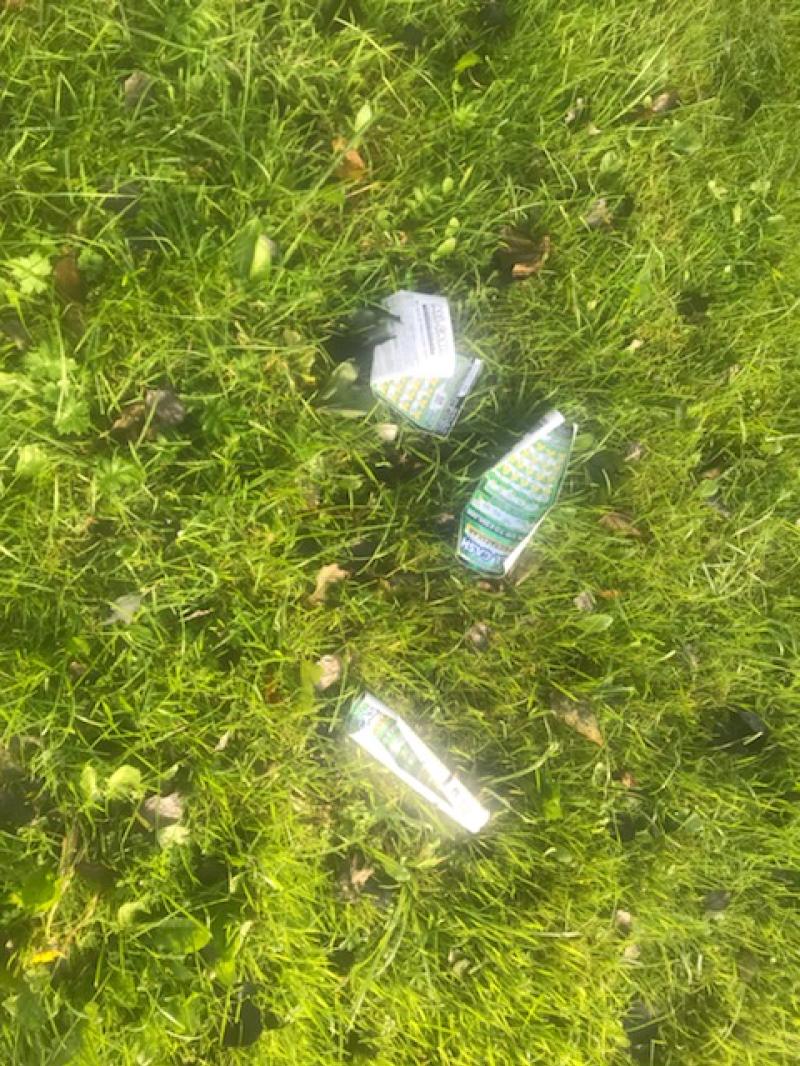 The Leitrim Observer has been informed that there is a mystery scratch card dumper in Ballinamore.

According to local woman Monica Sharpley, “In the past few years or more there has been a steady line of 10 euro scratch cards littered from the start of Ballinamore road and going on for miles towards Drumshanbo via Aughnasheelin. Some are old but there are a lot of newer ones everywhere.

“They appear every week, not usually single cards but multiple clusters of 3-5. They appear to be flung out of passing car windows on both sides of the road. The unfortunate part is that these cards are non-biodegradable as the strong silver foil part on the front does not break down like normal paper. There are hundreds of these scratch cards thrown along both sides of the verge for miles outside Ballinamore.”

Locals are appealing for people to please dispose of these cards at home.

The issue of no public rubbish bin in Ballinamore was also raised. Monica says “I don’t know if the lack of town bins contributes to this problem but it doesn’t help.” She said the standard and most appropriate bin is the one with a small letter box opening which makes it more difficult to dispose of black bags of rubbish.

Monica said they also need bins to dispose dog waste. “I have seen many conscientious people including tourists and people from the town looking for bins to dispose of bagged excrement but to no avail.”