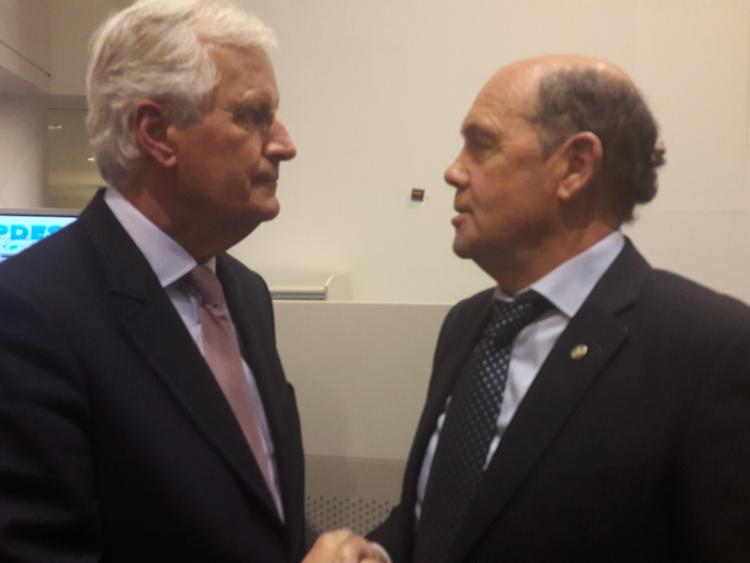 Let's deliver a real policies and finance for the Rural regions across the European Union was the plea issued by Leitrim Cllr Enda Stenson, in a debate in the European Committee of the Regions.

Cllr Enda Stenson was debating live from The Hive in Carrick-on-Shannon his opinion on "delivering Rural Revival" in the presence of the European Parliament Chair of the Agriculture Committee Norbert Lins the German President of the European Union as well as the European Commission.

Cllr Stenson highlighted that Rural areas and rural towns and villages have been decimated with the closure shops, bars, restaurants and small business in rural areas across the EU.  This has been made even worse with the COVID19 crisis and this is heightened in Ireland with the threat of a no-deal BREXIT looming large.

The shrinking populations in rural areas are becoming an increasingly worrying trend, and we need to see how we can have a fairer distribution of employment opportunities in rural areas but this needs to go hand in hand with provision of services, such as GP services, banking and other essential services to make life easier in our fantastic rural areas.

Cllr Stenson also dealt with the access to broadband where he highlighted that to date Rural areas have been forgotten in the digital revolution and this trend needs to be reversed.  Transport links and the provision of 'local link' services is crucial.

His call for the "rural proofing" across all the EU policies received very strong support from the European Parliament AGRI committee chair who said that we need to ensure the implementation of this principle in the next financing period.

Cllr Stenson summed up by saying that our rural areas have huge potential for balanced regional development, by rebalancing how we treat rural areas we can achieve a real change which will make our rural areas a wonder place to live, work and raise a family.

Cllr Stenson's opinion will go for final approval of the 329 elected members of the European Committee of the Regions in December.