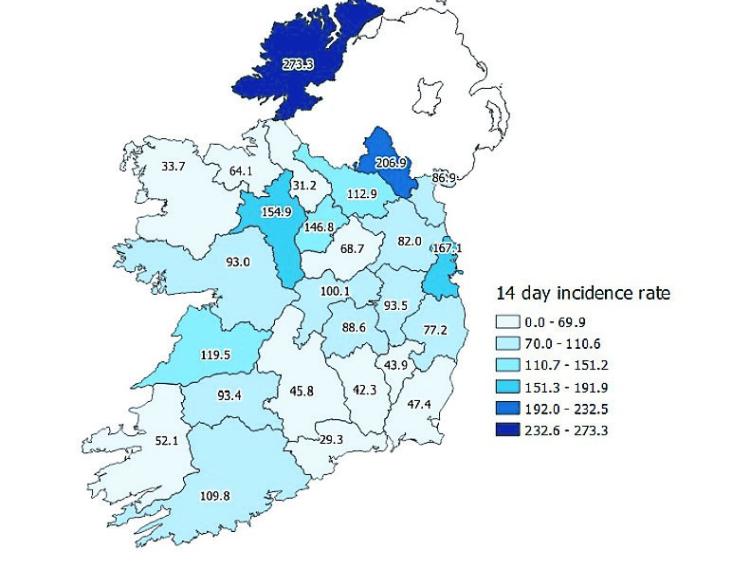 Business owners here have spoken of their anger and shock as Level 3 restrictions were announced for the entire country this week. Even though Leitrim has the lowest number of cases, with just 122 confirmed as of midnight on October 3, the current lockdown has been applied nationwide.

The resulting closure of pubs, restaurants and cafés across the county and has led to confusion for business owners and employees alike. There is also a growing sense of frustration that counties like Leitrim, which has had relatively low rates of infection since February, is facing the same measures as others with much higher rates of Covid-19.

While there have been outbreaks of the virus in the county, the latest 14-day Health Protection Surveillance Centre report has shown Leitrim had just 10 confirmed cases of the virus between September 21 and October 4.

Shamzuri Hanifa of the award-winning The Cottage Restaurant, Jamestown, said he didn't see this level of restriction coming for Leitrim and he has now had to lay off 25 staff.

Business owner and award-winning chef, Shamzuri Hanifa, admitted that he did not see the Level 3 restriction coming, especially for Leitrim. “I thought Leitrim had been very good with its numbers. We have low numbers of cases and we waited so long before we looked at reopening The Cottage (in Jamestown) because we wanted to be sure we would be able to stay open. We opened our doors in Jamestown last weekend and three days later we have had to close again,” he said.

Sham also runs Synergy Cafe in Carrick-on-Shannon and Buffalo Boy Restaurant and Pub in the county town and he said that this week’s lockdown has had a devastating impact on not just the businesses but on the staff as well.

“We have had to let 25 people go and there is confusion for them as to what payments they can get and also for us. Previously Level 3 restrictions meant that you could have a restaurant open, but with reduced capacity and now with this Level 3 you can only have outdoor dining and takeaway. We are looking at how we can adapt but the work to reopen The Cottage and to ensure we meet Covid regulations for our other businesses has involved a lot of investment and here we are faced with a situation where our businesses are closed again.”

Sham said that he is very concerned that the initial three week Level 3 restrictions could be extended and said this would be devastating in the lead up to Christmas.
“We have already had businesses which have been closed for long periods of time. The Cottage was closed for six and a half months, and we have worked hard to reopen but there is no guarantee that Level 3 will end in three weeks time and the worst thing about this is that if it keeps happening, staff won’t come back. People will look to some other kind of job if employers have to keep closing and reopening.”

Sham called on the local authority and the Government to communicate with businesses and provide as much information and support as possible to ensure that “as many as possible can survive and continue into 2021”.
He also called on everyone to “wake up” and said that as a business owner he hoped that “people have manners going forward and stick to the (Covid-19) recommendations and advice”.
“People don’t see the bigger picture, just how much their actions impact on businesses and other people’s lives. Let’s get together and try to flatten the curve down again for everyone’s sake.” 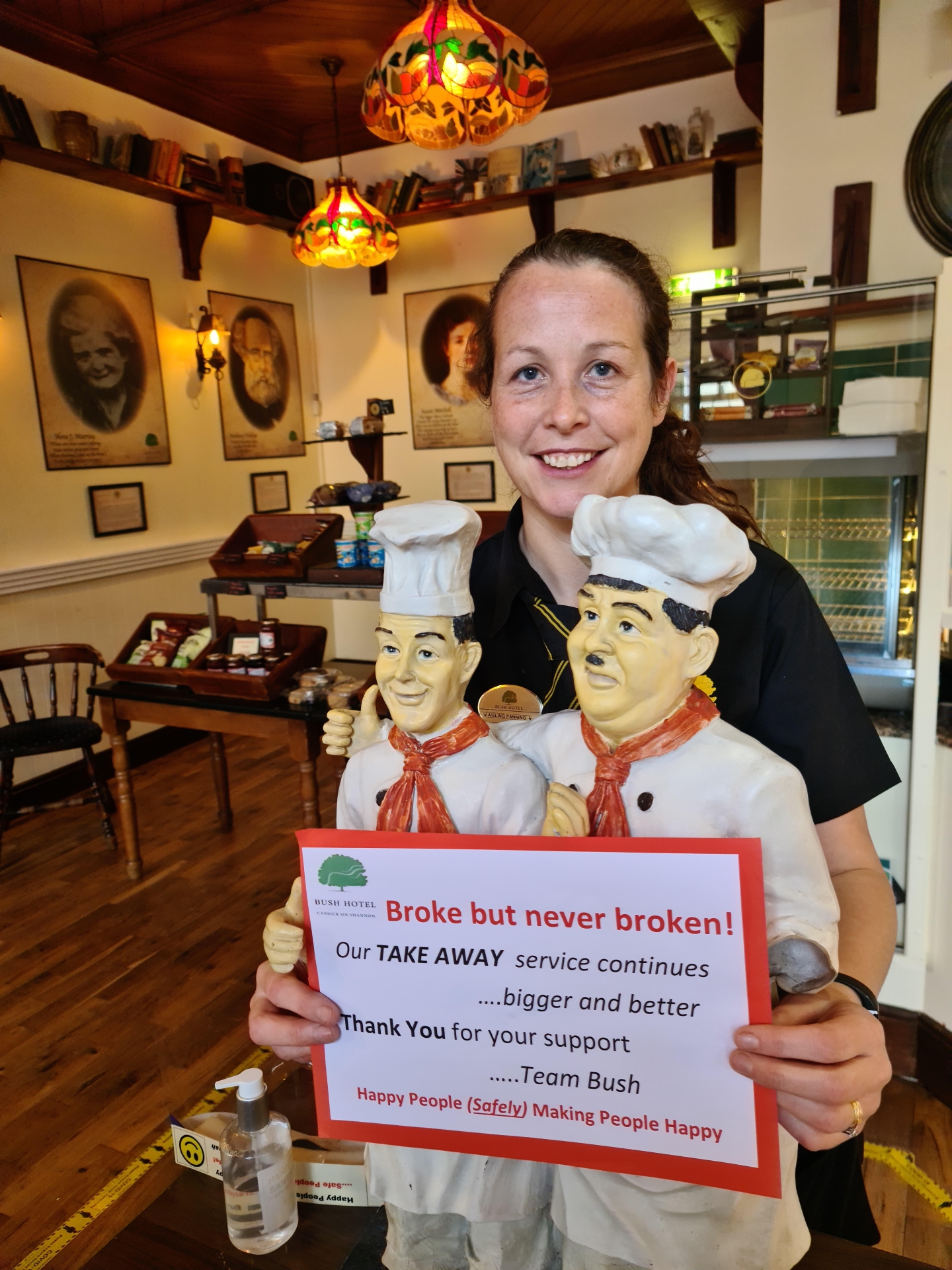 The Bush Hotel in Carrick-on-Shannon is open for residents and takeaway food, while the Landmark Hotel is open only for residents.