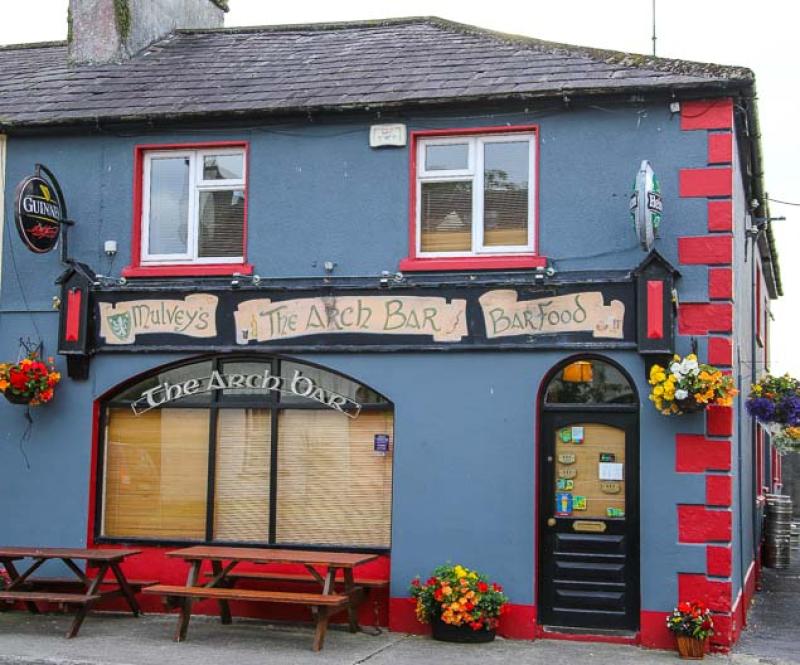 For publicans, it was the briefest of windows as just two weeks after re-opening, they now have to close down again for another three weeks at least.

Felim Gurn from Gurn’s Milestone Bar, Manorhamilton hopes his business and others can survive the latest storm which saw most pubs close again as of last night. He confirmed his premises will remain open as a wet bar outdoors and for takeaway meals.

Cllr Gurn recently renovated his outdoor area with heaters but also noted “this is Ireland, not Lanzarote” and the weather will not be favourable. He said he shut his bar for ten days last month over a Covid scare which turned out to be negative, closing down at short notice and throwing out food which he said hit him in the pocket by at least €10,000. He said the pubs, restaurants and cafes can’t keep coming back.

Felim said the “big decision” needed from the Government “is to close off -licences in supermarkets. He said while pubs maintain table service, social distancing, etc the patrons leave at 11pm and gather together for house parties.
For normal wet pubs around the county he said these new restrictions will effectively mean families have been seven months without their normal income this year.

Alan O'Shea of Mulvey's Arch Bar, Jamestown said they had put in a lot of work to get their premises ready to re-open with all the various safety precautions in place. However, he said for the good of the country and the local community, they didn't mind shutting again for a few weeks.

Alan said they were widely praised by their customers who complimented them on the procedures they had put in place.
“Everyone felt safe, we tried to get it right, to protect ourselves and our customers. Everyone was happy to be back in, not just for the drink, but for a chat and to put a bit of life back into the community again and get neighbours chatting again,” he said. “People were happy to get back to a bit of normality.” Alan said they had a busy two weeks and would have been happy to keep going but he recognises there is a bigger picture out there. Leitrim had done so well with the figures and it's hard to be lumped in with counties like Dublin and Donegal but Alan believes that if they can flatten the curve again this time, things will reopen with county or regional lockdowns then enforced around the country if needed. One aspect that Alan said he would like to see it that all pubs, those that serve food, and the so-called 'wet' pubs would all be treated the same in terms of re-opening and “would be all on the one playing field.”

Meanwhile, on a Facebook post Jackie’s Bar, Ballinamore stated “Here we go again ....we will be closing as of midnight tonight for the next three weeks or until the government tells us we can open fully again. It is not viable for us to serve takeaway drink to someone sitting on a bench in the street on a cold wet October night...!! Thank you to everyone who supported us in the last two weeks .... please stay safe and take care ...Jackie, Kathryn  and Rebeccalee.”