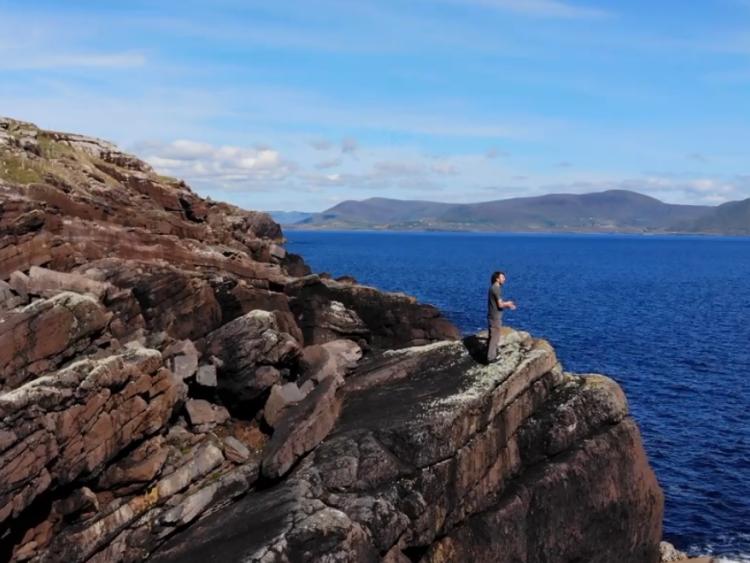 If ever you wanted to visit Kerry (and you can't right now due to Level 3 restrictions) a new video created by Leitrim poet Stephen Murphy and Pixie Kingdom is the perfect promotion.

Stephen Murphy from Manorhamilton, who is one of just 30 artisits to be selected for the RTE Illuminations exhibition on lockdown has just released a breath taking video for one of his poems filmed a earlier in the Summer.

Stephen Murphy told his fans "myself and Pixie's Kingdom spent a beautiful few days down at the Cill Rialaig Arts Centre on Bolus Head, to make a video for a short poem that I wrote about that magical part of the world.

"Stepping in to that sacred space feels like stepping through a doorway in to the otherworld, where the voice of the ancients remains unaffected by the noise of modern world around us, and I'm very grateful to Noelle Campbell-Sharp for having the vision to create that space for artists to thrive.

Fáite Ireland should hire this team when Ireland's tourism season gets back up and running!