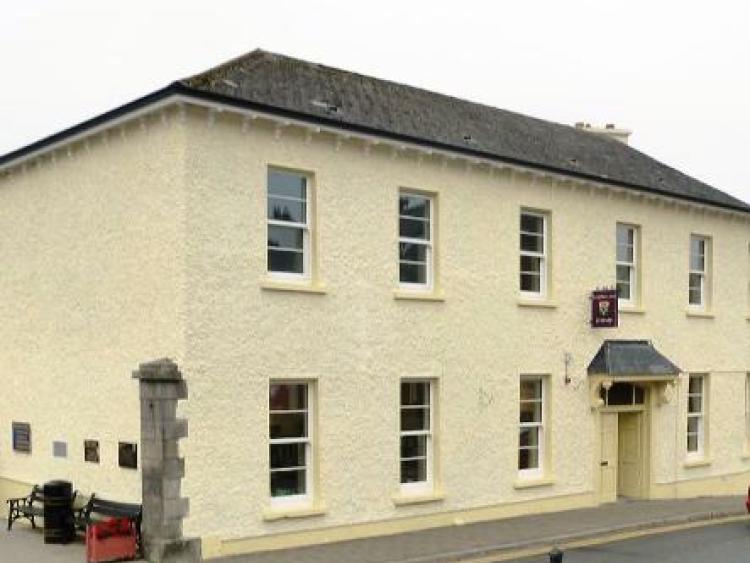 Drumshanbo library will get painted outside have a number of works completed under new funding released under the library funding.

Last month Drumshanbo based councillor Enda McGloin had raised the issue of the outside appearance of the town library at a recent meeting of Ballinamore Municipal District. He was informed at the time that there was not sufficient funds to paint the exterior only the promise of a power wash!

However the Minister for Rural and Community Development, Heather Humphreys TD has allocated funding from her department under her library programme and funding was received to include the painting of Drumshanbo Library as well as some other works which include replacing the external doors.

“I have been informed by the Director of Services Vincent Dwyer and the County  Librarian, Pauline Brennan that quotations were sought in terms of this work and the contract was awarded to a local contractor. However, due to the time of year, Leitrim County Council have decided to leave the painting work until Spring 2021 which is understandable. The Council intend to proceed shortly with the installation of the new composite doors and other internal works which is all very welcome news indeed”

“I have been further informed by Leitrim Co Library that as Level 3 restrictions prevent members of the public entering the physical building at the moment, they plan to offer a Contact and Collect Service from Drumshanbo Library from next week. Library Members have been advised to call 071 9645582or to email leitrimlibrary@leitrimcoco.ie if they wish to avail of this service” concluded Cllr Mc Gloin.

Also read: Seamus O'Rourke's comedy of growing up in Leitrim: Standing in Gaps