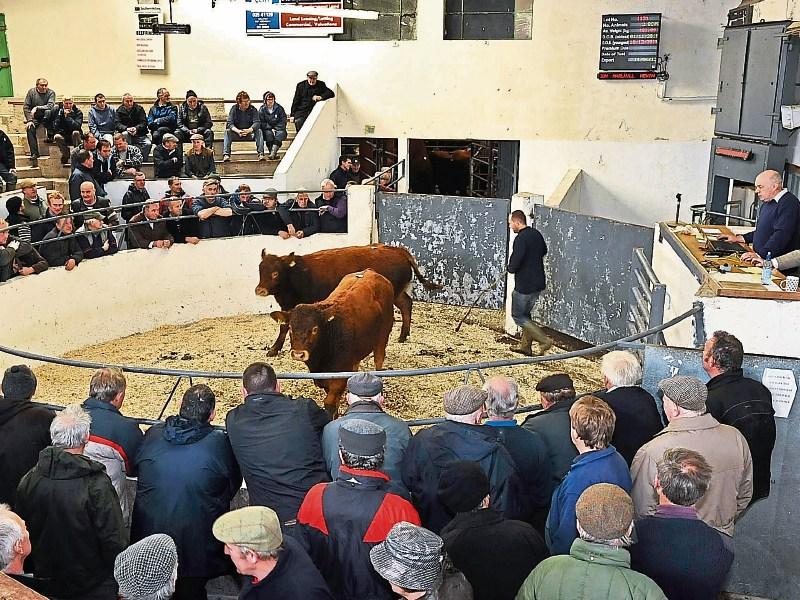 Amid claims of ‘chaos’ and ‘online bidding failing’, the Department of Agriculture is insisting that in line with Covid-19 public health guidelines, livestock mart sales will continue using online only platforms.

The Dept says 26 of some 30 mart sales which took place across the country on Saturday completed their sales, while four marts were reported as having cancelled.

Their statement added, “One of the three main online systems used by marts had a problem that led to a delay in mart sales in 16 mart centres. The problem was resolved after approximately 2 hours and sales were able to resume.”

Department officials contacted the system providers, and they all have reaffirmed their commitment to taking all necessary steps to avoid any reoccurrence of such problems.

The Dept stated, “The unprecedented numbers of people viewing and bidding on the mart online systems, and the speed at which farmers have adopted the new technology has meant that some have had to build extra resilience into their systems.

“While it is too early to draw any definitive conclusions, to date mart trade via the online only systems for cattle and sheep remains good, with mart clearances of up to 95%, and a continued steady trade as has been the case in many marts this autumn.”

Michael Fitzmaurice TD said the fears and concerns raised by farmers, mart managers and rural public representatives earlier in the week had come to pass.

He remarked, “With livestock already gathered in marts and buyers making an effort to register to bid, the online bidding service crashed around the entire country. One particular mart managed to get through just two pens of cattle before the system crashed.

“Farmers are losing faith with the entire system. Meanwhile, marts will lose out on revenue.

“The potential for this fiasco was well flagged by those in the industry, but their fears were disregarded.

“Since the Covid outbreak emerged, livestock marts have enacted strict social distancing protocols. To my knowledge, no Covid cluster has been identified in a mart setting.

“Farmers, both buyers and sellers, bought into what mart management were doing. Compliance with social distancing and mask wearing was extremely high.

“What happened on Saturday has shown that the concerns around the state of rural broadband and the potential for disaster when it comes to 100% online bidding were well founded.

“The Minister for Agriculture needs to step up to the mark and fight to allow buyers to remain around the ring once strict regulations are followed.

“Otherwise, the livelihoods of farmers will take a nosedive. A common sense approach needs to be taken to address this matter,” Deputy Fitzmaurice concluded.

ICSA beef chairman Edmund Graham said the chaos at 17 livestock marts on Saturday due to the collapse of the online bidding system means there needs to be an urgent change of mind on how marts operate under Level 5 of Covid restrictions.

Mr Graham said, “The chaos witnessed with both farmers and animals stressed out of it from hanging around at marts is indefensible. Farmers with stock to sell had to wait around not knowing if their stock could be sold. It is clear that exclusive dependence on an online system is not tenable. Even if the system did not collapse, ICSA has repeatedly tried to highlight that lots of people in rural Ireland do not have access to reliable broadband. It is not acceptable that people who need to sell livestock to pay bills are discommoded to this extent. Equally there are people who need to buy livestock to ensure their business can continue.”

He continued, “Agriculture is an essential business and ICSA cannot accept that marts need to be left high and dry with the obvious limitations of dependency on broadband. There are thousands of workers who continue to congregate in all sorts of industry and factories, and it is not acceptable that marts are not treated the same. This is the most important time of year for the mart trade and I am calling on Minister McConalogue to urgently address this. It is quite clear that NPHET has no understanding whatsoever of how agriculture works but it is the case that food production has been deemed essential. If people are allowed buy meat in a supermarket, farmers must be able to buy and sell livestock in a mart.”

The Department of Agriculture says every aspect of the situation in relation to marts will be kept under review.