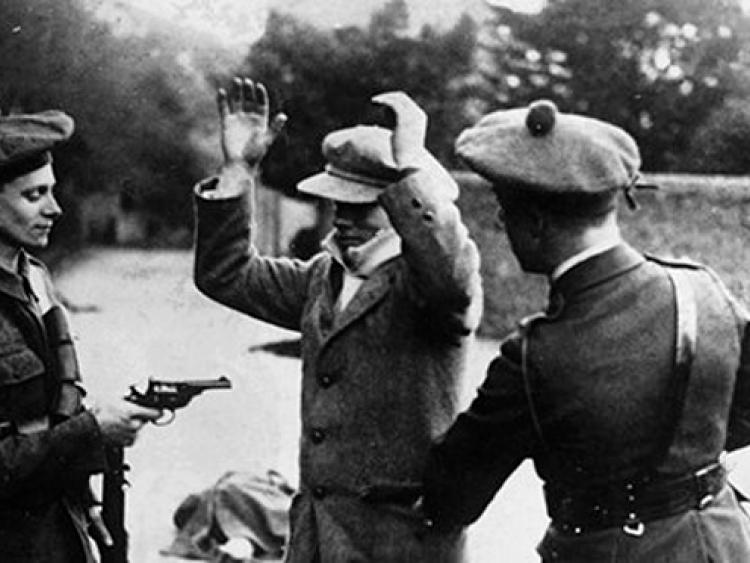 100 years ago today: Black and Tans attacked the Leitrim Observer

One hundred years ago on today's date, November 9 the Black and Tans attacked The Leitrim Observer. 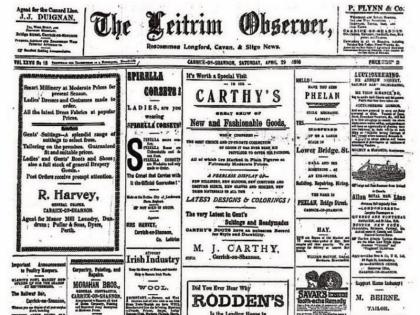 According to Cormaic O Suillebhain in his book Leitrim's Republican Story "After a violent September 1920 in Leitrim, October was quieter, albeit tense. However that all changed in the opening days of November 1920. The deaths of Terence McSwiney in Cork and Kevin Barry in Dublin provoked a nationwide response. On Tuesday 2 November 1920 a party of RIC men from Carrick-on-Shannon left for a court martial in Athlone with a local prisoner named Tierney. Having passed through Ballymahon, the convoy was attacked near Glasson. Constable Sydney Larkin was killed as was a local Westmeath IRA volunteer, James Finn. As a result the RIC and Tans in Carrick-on-Shannon were enraged and forced local houses to stay closed, similar to what had happened the week previous for McSwiney."

Days later, on Tuesday 9 November sixty members of Crown Forces descended on Carrick-on-Shannon to enforce a form of martial law. The offices of the Leitrim Observer which were then located on St George’s Terrace were wrecked and set on fire whilst a jewellers shop was attacked.

The owner of the Observer was Pat Dunne, who himself was a volunteer and subsequently interned in Ballykinlar.