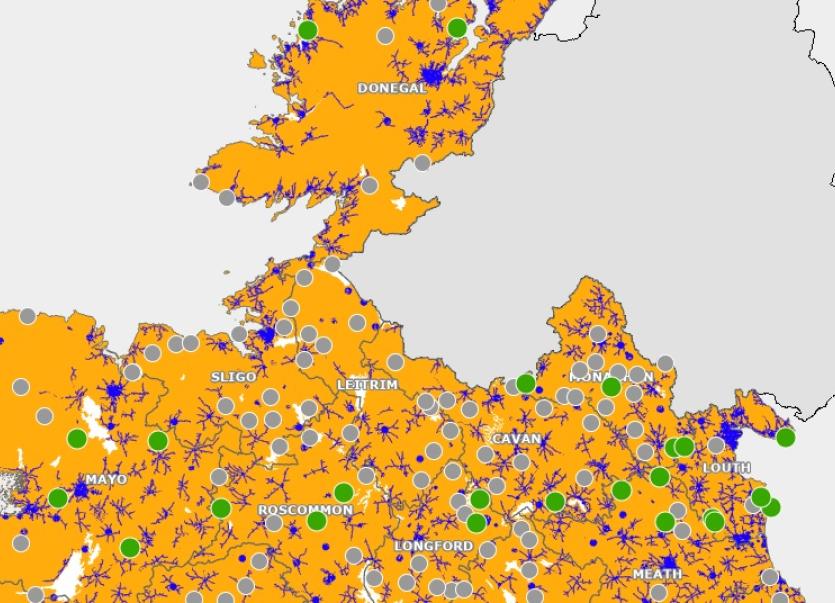 The Government must prioritise a faster rollout of the National Broadband Plan (NBP) in response to the ongoing Covid-19 pandemic, Leitrim's councillors have said.

He pointed out that, not only would this reduce contacts in sectors where remote working is possible , it would also allow businesses, currently closed, to operate in some way under the lockdown restrictions.
“The Government needs to deliver a long term strategy which protects people and our economy,” stressed Cllr Barry who said it was now more critical than ever that the NBP be rolled out as quickly as possible.

Cathaoirleach, Cllr Mary Bohan put forward a motion calling on the Minister for the Environment, Climate Action and Communications, Eamonn Ryan to carry out a comprehensive report immediately regarding the provision of high speed broadband in Co Leitrim “as a matter of urgency.”
She said many of the broadband coverage maps available at the moment are incorrect.

Cllr Barry described the history of the NBP as a “fiasco.” As well as massive delays in the rollout, he said Eir was allowed to “cherry pick areas” for broadband provision and said this had not been helpful. “I believe that Covid-19 makes this even more important and the rollout will be money well spent. The push must be there to do much more quickly,” he stated.
Cllr Bohan echoed the sentiment to speed up the NBP delivery of high speed broadband to all households, “This is as important as the delivery of rural electrification was,” she said.

Cllr Felim Gurn and Cllr Justin Warnock agreed with the motions stressing broadband should be via fibre optic cable, rather than 5G.