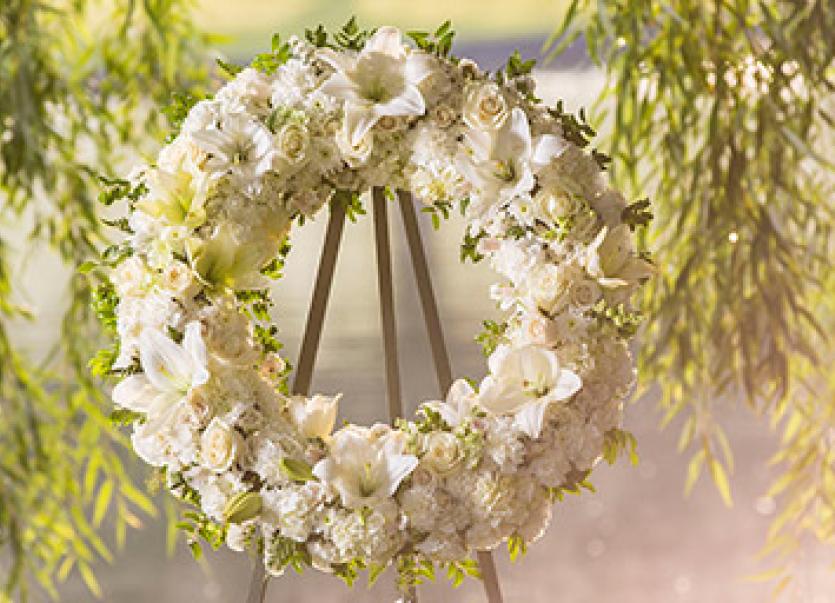 Removal from his home on Friday morning to St Clare's Church, Manorhamilton, to arrive for 11am Funeral Mass. Burial afterwards in the adjoining cemetery. Family flowers only please, donations, if desired, to North West Hospice.

The cortège will leave her late residence at St. Colm's Terrace on Friday morning at 10.30am, travelling via the Main Street, to arrive at Our Lady Star of the Sea Church. Bundoran. for 11am funeral Mass. In line with government & HSE guidelines, the house & funeral Mass is restricted to family members & close friends.

In keeping with current government guidelines regarding public gatherings, Paddy’s funeral will be private for immediate family only, it will be streamed live on www.stmarysdrogheda.ie at 11 o' clock on Saturday morning, with burial afterwards in Calvary Cemetery.

Removal to St Joseph's Church, Gorvagh, for funeral Mass today Thursday, 12th November, at 12 noon with burial afterwards in Mohill Cemetery. House Private please and family flowers only. In compliance with government guidelines on Covid 19 regarding public gatherings, Mass will be restricted to family and friends only (max 25). The family really appreciate your support and understanding at this time.

In keeping with current Government guidelines regarding public gatherings Bernie’s Funeral will be private for extended family only in Star of The Sea Church, Mornington on Thursday 12th November at 10.30am, with burial afterwards in Deans Grange Cemetery, Dublin arriving at approximately 1pm.

Patrick (Paddy) Guihen, Cornagee, Arigna, Co. Roscommon, November 10th 2020, peacefully, in the tender care of the staff at U.C.H. Galway. He will be sadly missed by his beloved wife Maureen, brothers Michael and Oliver, brothers-in-law, sisters-in-law, nephews, nieces, work colleagues, relatives, his many friends and neighbours.

Reposing at his home on Wednesday evening from 5pm until 8pm. Those wishing to visit his home are requested to observe social distancing and wear face covering. Removal to the Church of the Immaculate Conception of the B.V.M., Arigna, on Thursday morning for celebration of Mass of Christian Burial at 12 noon. Interment afterwards in Arigna Cemetery. Following Government and H.S.E. guidelines regarding public gatherings, funeral Mass and cemetery will be restricted to 25 people only, while also adhering to social distancing and wearing face covering. The family appreciate your sympathy, respect, support and understanding at this time.