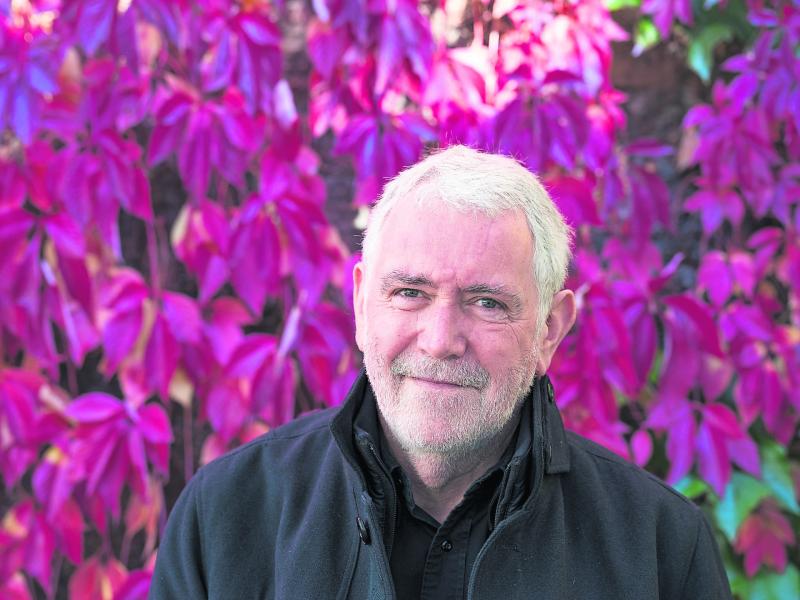 The Leitrim Observer asked a few of our well known authors, musicians and sporting stars what are their hopes for this Christmas  and where they wilkl do doing their shopping ahead of the festive season.

What local gift would you like to find under the tree this year?
We have been blessed here in Drumshanbo with some new initiatives over the past few years - The Boardwalk, The Shed Distillery, The Jackaloupe, Jinny’s. Although the Pandemic has been a bit of a nuisance Jinny’s and the Jackaloupe have managed to stay afloat doing takeaways. Indeed our local Chinese, Apache Pizza and Marius are always there for us so a voucher for any of these would be a nice gift to receive.

Where will you be shopping locally this Christmas?
We love to take a stroll around Carrick-on -Shannon as often as we can so ( restrictions permitting) we will certainly drop into the Reading Room and The Leitrim Design House. We nearly always get the sons- in-law vouchers for Gerard Anthony’s. Of course no shopping trip to Carrick would be complete without a visit to Lena’s Tea House. The Shed Distillery Gift shop in Drumshanbo has some lovely local items so a voucher from there would be a nice present for someone and indeed a voucher for the Distillery tour would be a nice present too. Christmas food items from Gala (Batty’s) and Centra (Ollie’s) as always.

What will you be doing differently for Christmas this year?
Sadly it looks like we won’t be performing with our choirs this year in St Patrick’s Church but I know our MD Orla Daly will come up with something novel. A virtual Carol Service maybe?

What is you favourite Christmas memory of growing up in Donegal?
We always went to Midnight Mass in Ballyshannon which actually was at midnight. We would adjourn to my friend John Hannigan’s house afterwards where John’s father Donald, with a few drinks in him, would treat us to his version of Adeste Fideles in his rich baritone voice. No version since has ever surpassed his.

Although it's hard to believe Charlie McGettigan will be 70 years old in December
Charlie and his wife Goretti who have known each other since junior infants, have six grandchildren.
Charlie, although often known as a Leitrim man or even a Donegal man is actually a Dub!!

Following in the footsteps of his grandfather his grandson Padraig Bennett has his first single release “The two of us” out at the moment. His song was chosen as part of the RTE recommends list for two weeks running.

Charlie McGettigan’s new song “Ordinary boy” describes the relationship parents have with their sons and indeed grandsons. It’s an upbeat joyful song written by Charlie and produced by Paul Gurney at Real World Studios in Longford.

Charlie started his musical career in the 1960s in various rock bands in Donegal. Moving to Dublin in 1968 he honed in on the thriving folk scene there at the time. In 1973, he formed the highly successful group Jargon, which went on to win the prestigious Letterkenny Folk Festival, following in the footsteps of bands like Clannad and Pumpkinhead.

Charlie has worked with artists like Maura O’Connell and Eleanor Shanley who both recorded many of his songs including “Feet of a Dancer”, “A Bed for the Night” and “If Anything Happened to You”.

Charlie is perhaps known for having joined forces with Paul Harrington and Brendan Graham to win the 1994 Eurovision Song Contest for Ireland with “Rock n Roll Kids”. He has released many solo albums including “In Your Old Room”, “Family Matters” “ The man from 20” and “Stolen Moments” produced in Nashville by legendary producer Bil Vorndick.

Charlie’s songs have been recorded by many artists including De Danann, Mary and Frances Black, Ray Lynam, Daniel O’Donnell, Sandy Kelly and Hal Ketchum to name but a few.

These days Charlie tours both here in Ireland and abroad. He presents “The Saturday Connection” on Shannonside/Northern Sound Radio, a two hour programme where he previews live music and theatrical events, interviews guests from the world of arts and entertainment and plays an eclectic mix of music and song on CD.

Charlie’s latest album “Tuesdays with Paul” is receiving great attention from the media and includes songs like “Dust if you must” and “When I was a kid”.