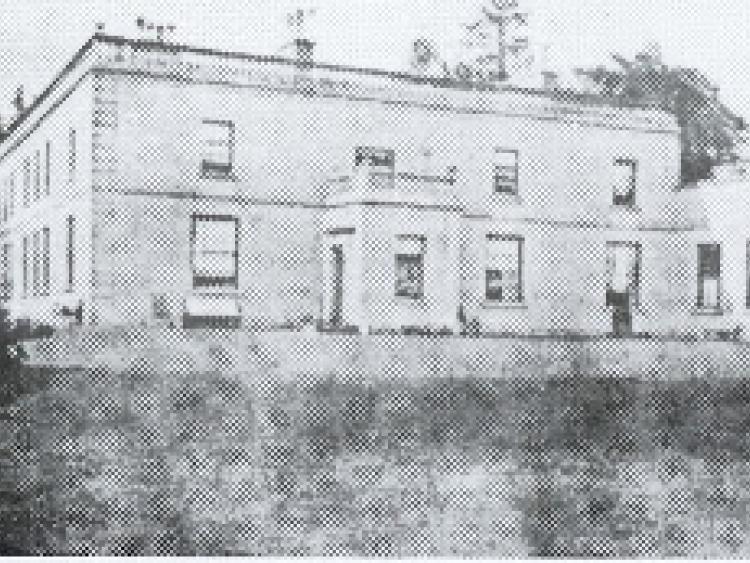 With the exciting news of developing Glenfarne Wood into a recreational forest, there are some questions over what happened the once lavish Glenfarne Hall built on the Tottenham estate.

Glenfarne Hall, overlooking Lough MacNean, was built around 1820 for Charles Henry Tottenham.
It was subsequently a holiday home of Edward Harland of Harland & Wolf shipyards in Belfast.

But now it is gone, only remains of a wall stands on the once luxury property site. What would have been the jewel in the crown of this new recreational plan, is now not much more than a myth.

This Options Report complied by Leitrim County Council and Coillte details that during the Civil War there was a “period of lawlessness in Glenfarne and elsewhere in Ireland.”
The grand house was abandoned.

Local tradition is that the house was initially broken into by local republicans when the civil war broke out in June 1922. It was later occupied by the opposing free state forces who used it as a military base.
Around this time there was a general “free for all” and most of the furniture was looted from the building.
There have been reports that Glenfarne Hall was burnt and destroyed during the civil war. This new report states “It was never set on fire.”

Following the civil war, there was no appetite or funds to maintain any of the big houses in Ireland. They were seen as symbols of oppression and of English rule.

When the Irish Land Commission was established in the 1930s it was decided that the 2,000 acres of land should be divided between a mixture of forestry and new small farms. The wooded area was extended into the walled gardens and around the properties.

There were three new houses built for farming families using stone that was recycled from the grand Glenfarne Hall and the outhouses.