Leitrim has the lowest light emissions in Ireland 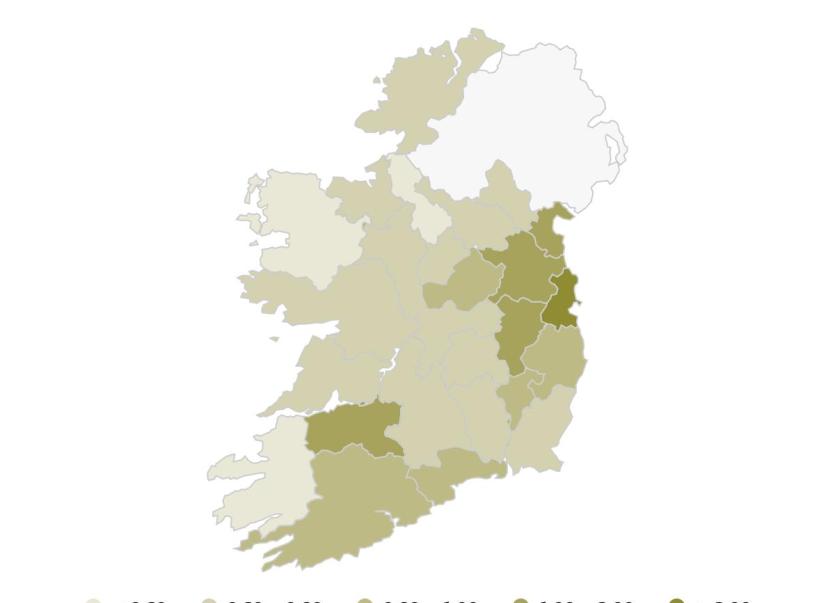 Leitrim had the lowest light emissions in the country according to figures released by the CSO in relation to January 2019.

Ballinamore area was (0.47) and Manorhamilton (0.49) but South West Kerry tipped them to be the area with lowest emmissions at 0.42.

This Frontier Series publication from the Central Statistics Office (CSO) uses satellite data to provide estimates of Irish artificial light emissions at national, county and local levels. Comparative statistics for locations in the UK, France, Germany, the Netherlands and Portugal are also provided. This is the first report from the CSO to be based on satellite data and it seeks to show how Big Data such as satellite imagery could be used to produce high-quality relevant statistics.

Artificial Light at Night (ALAN) is a matter of increasing public interest. In recent years, concerns about excessive levels of artificial lighting have driven research and legislation in countries including France and the UK.

Ireland has lower artificial light emissions than other European countries such as the UK, Portugal and the Netherlands.